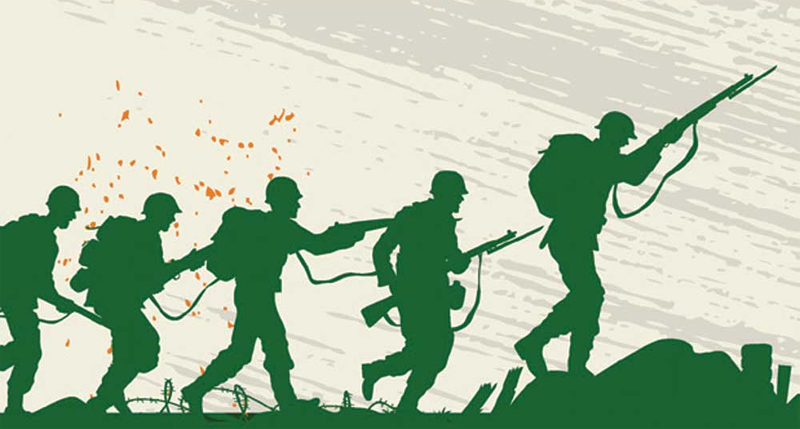 Coinciding with the birth anniversary of the freedom struggle revolutionary Shaheed Bhagat Singh, the day of ‘Amrit Mahotsav’, there is one more thing to celebrate of the national importance and pride. That is about the surgical strikes conducted by Indian forces at four places deep into the territory of Pakistan where terror training camps were being run by Pakistan to roll out terrorists to create violence in and attacks on army posts etc in Jammu and Kashmir. It has been suggested and not officially directed by Prime Minister Narendra Modi in his monthly “Mann Ki Baat” aired on All India Radio. Invoking the “Josh” to be thus caused to rise in the countrymen, he accounted the two words for the same — ”Surgical Strikes”.
The “josh” or the zeal, excitement and the verve coupled with infusing a peculiar will to do whatever more in whatever capacity for the country and the welfare of the countrymen when seen in collective form, can really create wonders. It may be reiterated that this “Josh” for the pride of the country is no ephemeral phenomenon but a spirit for all times down the generations. While we take inspiration from the supreme sacrifices of revolutionary freedom fighters like Bhagat Singh, Azad, Rajguru, Sukhdev, Ishfaq and the youngest revolutionary Khudi Ram Bose and others, at the same time their unparalleled contribution and role in the freedom struggle is providing us moments to value our hard earned freedom.
Celebrating such occasions, therefore, are not merely for completing or fulfilling some formalities and forgetting thereafter till the next year but these commemorations and celebrations create a lot of enthusiasm and imprint in the psyche of the countrymen a deep sense of belongingness and pride about the country. On these annual events while we keep reverentially remembering our martyrs who offered supreme sacrifice for the motherland , at the same time we must lose no opportunity to hailing the valour of our brave heroes who do a pride to the country in defending it . These events , therefore, also lend lot of importance and strength to the avowed policy of this country that “we shall never trouble anyone but if one dares to do it with us , we will hit back possibly right in its own home”.
It is also the wider manifestation of the well established and cherished principle of “live and let live”. While remembering our revolutionary national figures , especially who laid down their lives for the sake of the motherland is not merely an act of paying tributes by us to them but deriving the ethical concept regarding the high spirit of “Tyag” or forsaking and renouncing ordinary worldly comforts and pleasures which this country is known for from ancient times both as a spiritual philosophy as well as a way of simple life aiming at selflessly doing more for others. While attaining such highest pursuits, at the same time, national events of pride imbibe in us, especially the younger generations, to accord top most preference to the country and other things only thereafter.
Had the neighbouring country not been instrumental and deeply involved in sponsoring terror attack on Sept 18, 2016 in Uri Army camp in Kashmir, India would have not been compelled to repay it just within a few days only for the first time since Pakistan sponsored terrorism erupted in Jammu and Kashmir. Had Pakistan not caused the brutal and inhuman Pulwama terror attack in Kashmir on the convoy of vehicles carrying personnel of security forces on February 14, 2019, this country would have not conducted airstrikes deep inside Pakistan to smash terror camps of Jaish-e- Mohammed (JeM) in which more than 200 terrorists were killed.
The Prime Minister also shared with the countrymen the decision to name Chandigarh Airport as Shaheed Bhagat Singh Airport which demonstrates the sense of deep gratitude of the countrymen towards such legendary heroes of the country who smilingly and bravely kissed the noose that was meant to take them to the status of revered martyrs . Needless to add, only a few days ago, statue of Netaji Bose was set up at Kartaviya Path in New Delhi pointing to the fact that such iconic national figures remain always in our hearts.