NEW DELHI, Jul 6: The CBI has booked Chennai-based Thangam Steels Ltd and its promoter directors for allegedly cheating the State Bank of India to the tune of over Rs 88 crore, officials said on Monday.
Besides the 30-year old company manufacturing ingots, the CBI has also named in the FIR its directors P S Krishnamurthy, P K Vadiambal and P K Srinivasan for alleged criminal conspiracy, cheating and forgery among other charges for the alleged fraud between 2008-13 on a complaint from SBI, they said.
It is alleged that Thangam Steel was acquired by PSK group in 2007, they said.  Besides manufacturing ingots at its plant near Chennai, it also traded in steel products of manufacturers like Rashtriya Ispat Nigam Ltd, Steel Authority of India Ltd, JSW, Essar Steels and other producers, the FIR said.
Due to continued irregularity, the account turned into a Non-Performing Asset (NPA) on May 30, 2013 with an outstanding of Rs 93.31 crore, the FIR alleged.
SBI had sanctioned fund based and non fund based limits of Rs 109 crore to the directors of the company who also executed guarantee agreement in favour of the bank guaranteeing prompt repayment of the loan.
It is alleged that the accounts became NPA due to diversion and siphoning off funds, manipulation in the books of accounts resulting in a loss to the tune of Rs 88.27 crore to the bank.
The bank did an investigation on the fraud between 2008-13 which shows that  the company valued the stocks at cost price only and did not followed the bank’s laid down instructions.
These statements itself admitting fudging of balances, circular trading involving their associates and outside firms to book higher sales turnover to enjoy higher credit limits and incorrect stock valuation, the fraud report alleged.
“It is observed that the Company was maintaining an account with UBI (without SBI knowledge/permission) with cheque collection and discounting facility and routed Rs 116.21 crore during 2009 to 2013 which implies diversion of funds. Company had resorted to large scale diversion of funds,” the report alleged.
It was also found in the SBI probe that the balance sheet submitted by the company was different from the one filed with Registrar of Companies (ROC) and both the balance sheets were audited by different audit firms.
“The closing stock as per the balance sheet submitted to the bank was short by Rs 9.35 cr than the balance sheet registered with ROC which implies manipulation of balance sheet by the company to defraud the bank,” it said. (PTI) 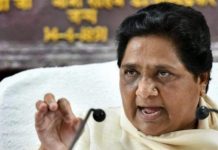 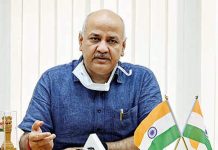