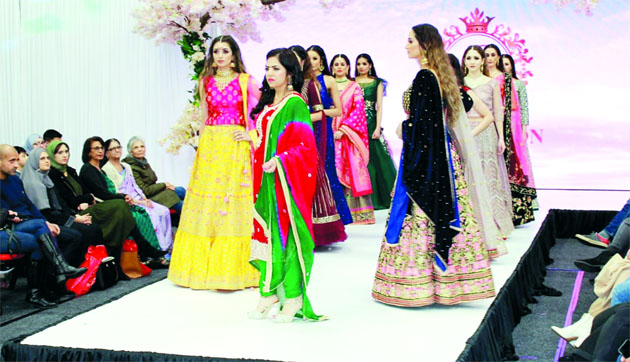 It is very tough for the women from Jammu region to accept that they in any way lag behind their counterparts in other parts of the world and the success story of a girl from Reasi has proved this beyond any doubt after her Dogra dress got her commendation at a fashion show in London.
Ankusha Sharma is presently an accomplished Fashion Designer in United Kingdom and she also runs a production house where among her remarkable achievements remains her winning the title of ‘Pride of India’.
“Winning the title ‘Pride of India’ has been a dream for me because when I was young, I used to watch Femina Miss India and loved to watch the whole show on Television,” she informed in an online interaction with Excelsior adding: “At that time, I never thought that it may happen to me in future, especially in another country like England, as I lived in a small town, but no one knew what God had decided for us.”
Ankusha started her journey as a Fashion Designer in the year 2016 though she passed her Fashion Designing course much earlier from an institute at Gandhi Nagar in Jammu. She further said that in her childhood she loved to draw sketches and decorate them with different costume designs.
“I was doing graduation through correspondence and had ample time to complete the fashion designing course side-by-side,” Ankusha said.
Now after establishing herself as a Fashion Designer in England with her own UK registered company named ‘JA Fashion’, Ankusha feels proud of what she had chosen at that time as a passion, as the same made her excel in life later on.
Also running an online business, Ankusha said: “I’m a proud Dogra girl from Jammu region and being a Dogra, I always liked to promote our Dogra culture, language and traditions abroad. I got a chance at a contest ‘Asian Wedding Fashion Show’ in London wherein I walked on the ramp in ‘Dogra Dress’ leaving all spellbound as no one earlier had an idea for that dress.”
She informed that the astonished gathering at the show was confused with Dogra dress for being a Pakistani or Punjabi dress.
“At this I cleared to them that it was our traditional Dogra Wedding Dress and it was for the first time in United Kingdom that someone had walked the ramp in such a charismatic dress,” she said calling it a fantastic experience which motivated her to send the first model in every fashion show in traditional Dogra attire.
She said that her future plans are to promote Dogra culture, language and rituals abroad.
“I don’t understand why Dogra people shy to speak their language while in UK everyone speaks their own language without any hesitation and they feel proud of it,” she maintained.
Satisfied to see generations doing very well to promote Dogri language, Ankusha suggests for encouraging the sweet dialect worldwide for its politeness and decency.
She said: “We have produced many stalwarts in the field of literature, art and culture and if one sees in India’s famous film industry-Bollywood, one will find people from Jammu having made a lot of contributions behind the success of Indian film industry as many artists there were and are from Jammu.”
Holding an M. Ed and Masters in English, Ankusha started a production house under the name ‘JA Production’ during COVID-19 pandemic period as she was free at home that time.
Being a Producer/Director at JA Production she said: “India was safe at that time and my husband Jassi, owner of the company, visited India and planned to make a song album with my student, Singh Gurjeet. We were satisfied with his voice quality so we thought to give him a chance to prove his calibre in singing on international platform and with this our first song, ‘Hanju’ was out which is being liked and appreciated by everyone across the world,” she said adding that after the release of ‘Hanju’ they got many calls from Canada, Australia, UK and India.
She said that after success in first project, they produced video album ‘Terii Umeed’ with Himesh Rashmiya’s composition and voice by Pwandeep and Arunita Rahul wherein Jasleen featured in the video.
“In this project, we collaborated with Tinu Fashion Collection, Reasi and Inara group of Jammu. Recently we released a song ‘Naari Jeevan’ sung by Anurag Maurya with lyrics by Zuhaib Khan and it was composed by Urmila Vahu,” Ankusha said disclosing that very soon they will come up with new songs for which she avoided to reveal the names of artists but said that she was sure that everyone will like and appreciate the work.
She said that their primary focus is to give opportunity to new talented generation which has passion about doing something in the music industry.
In her message to the Jammu people she said: “You should be proud of where you live. Jammu is a magnificent place and we are so fortunate to be born here. I visited many countries but I miss Jammu. Our language is sweet, our culture is rich, our history is incredible, our food is awesome, Jammu is City of Temples, it is a divine land we must respect and love it.” 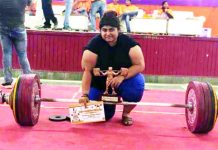 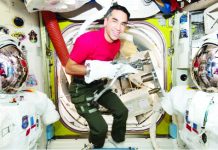 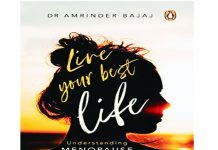 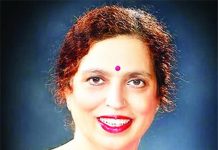 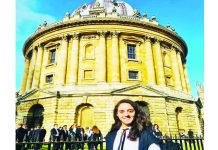 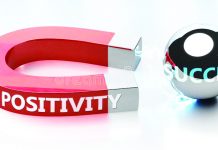 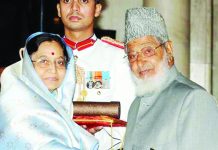