JAMMU, Sept 18: Casual/ Need Based Workers of different departments today staged a protest demonstration demanding regularization of their jobs.
The protesters later on submitted a memorandum containing the demands to Director Floriculture.
They also demanded implementation of Minimum Wages Act in J&K.
The protesters said that they were working in different departments for the last 25 years and ignoring their services the J&K government is now going to recruit 50,000 employees in different categories including 10,000 Class IV employees by direct recruitment process.
They also said that the then BJP-PDP government had issued SRO 520 for the regularization of all casual workers in different departments.
“Our files were processed and reached the Financial Department for regularization but after a lapse of over one year there is no progress and we are suffering badly,” they claimed.
Prominent among protesters were Basant Singh, President Floriculture Gardens and Parks; Akhil Sharma, President PDD; Hoshiar Singh Chib, Ravi Hans and others. 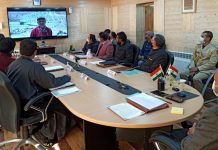 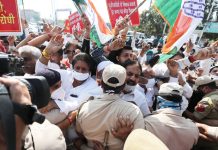 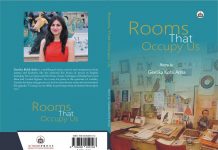 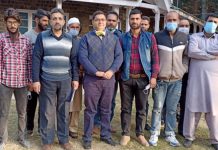