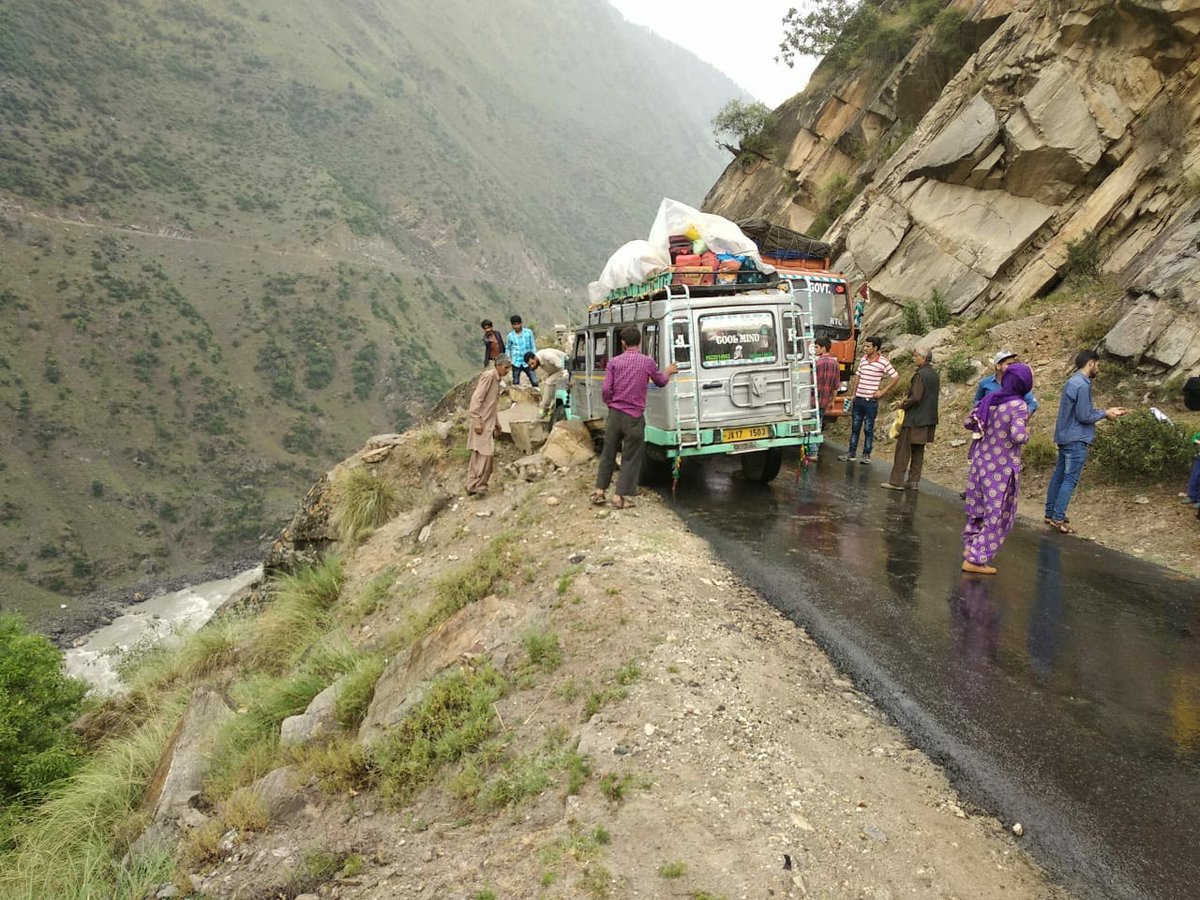 Excelsior Correspondent
KISHTWAR, June 10: Police has registered a case against an erring driver for endangering human lives in the Bandharkoot deadly curves. The curser vehicle was highly overloaded with passengers and goods atop.
Police received information that a curser vehicle bearing registration number JK17-1503 heavily overloaded with goods on the roof and passengers double the capacity inside is being driven by driver Abdul Gaffar Lone, son of Abdul Samad of Keshwan from Kishtwar to Keshwan. The vehicle being driven in a highly risky and negligent manner by the driver who was also using mobile phone while driving when reached at Bandharkoot first turn its outer tyres skidded out of the road. The vehicle fortunately struck with a big boulder and got stopped. Had there not been the boulder the vehicle would have gone into the river chenab from a height of nearly 700 meters leaving no passengers alive behind.
On getting the information, SSP Abrar Chow-dhary directed for stringent legal action against the earring driver.
As directed by SSP, a case under FIR Number 158/18 under Sections 279 and 336 RPC read with 179, 184 and 194 Motor Vehicle Act has been registered against the erring driver at Kishtwar Police Station and investigation started.
Taking a serious note of violation and grossly erratic behaviour of driver, the SSP Abrar Chowdhary has written to ARTO Kishtwar Abhay Sharma for cancellation of licence of the driver and suspension of permit of the vehicle for atleast six months.