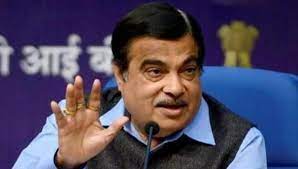 MUMBAI, Oct 18: Union Minister Nitin Gadkari has said it is difficult to make cycle tracks in the financial capital due to space constraints, which make it impossible to widen roads.
Gadkari, who handles the road transport portfolio, underlined that it is important to encourage the sustainable and healthy habit of cycling.
We can make dedicated tracks in tier-II and tier-III cities, he added.
“Actually, I am supporting your idea (of cycle tracks). But my practical problem is that in the city area, it is very difficult to increase the width of the road. In Mumbai, we cannot make cycle tracks,” Gadkari said during an interactive meeting with institutional investors organised by Philip Capital here on Monday evening.
Without elaborating on it, the minister said there are also “encroachments and political problems” in Mumbai, which make the job of creating dedicated cycle tracks difficult.
The remarks from the minister come amid reports of the most ambitious 40-km cycle track project in Mumbai not taking off, and the existing cycle tracks that are constructed like islands without any planning about continuity finding low patronage.
Gadkari said he is constructing a cycle track in his home city Nagpur, and added that some of the cities through which national highways are going will also have similar infrastructure soon.
He also said there is a huge potential for cycle manufacturing in the country, pointing out that exports currently stand at only Rs 25-30,000 crore against an overall global market of Rs 8 lakh crore.
Speaking about road safety, which has come to the fore following the tragic death of industrialist Cyrus Mistry, Gadkari said the major problem is with the way detailed project reports (DPR) are made and we need to improve on road engineering.
The ministry is currently mulling the creation of a ‘credit rating’ for road contractors, wherein a good record in the past will earn an entity extra points while bidding for a new project.
Having implemented the FASTag system across the country, the ministry is working on a newer system where a vehicle’s registration details will be captured at entry and exit from a highway, and accordingly, the usage toll will be collected, Gadkari said.
The minister said creating infrastructure investment trusts, preferably funded by small savers, is the preferred way of road projects from here on and made it clear that there will not be any toll-operate-transfer projects, wherein the private investors have made windfall gains.
He said there is a huge pipeline of up to 350 InVits, which is available with the NHAI, and the ministry will be working in the same direction.
Stressing that there is no dearth of funding for highway building, Gadkari also made his displeasure public on provident fund money not getting invested in NHAI and wondered how it chooses lower-yielding instruments at a time when sovereign-backed NHAI is willing to give high returns of over 8 per cent.
The minister also spoke about aggressive bidding by contractors in road construction, saying that sometimes the quotations are up to 45 per cent lower.
The ministry cannot do anything in such cases, but will be specific about the quality parameters to be achieved, he added.
At present, there is no project which can be called as being “stuck” against hundreds of projects worth lakhs of crore being stuck when he took charge, the minister noted. (PTI)