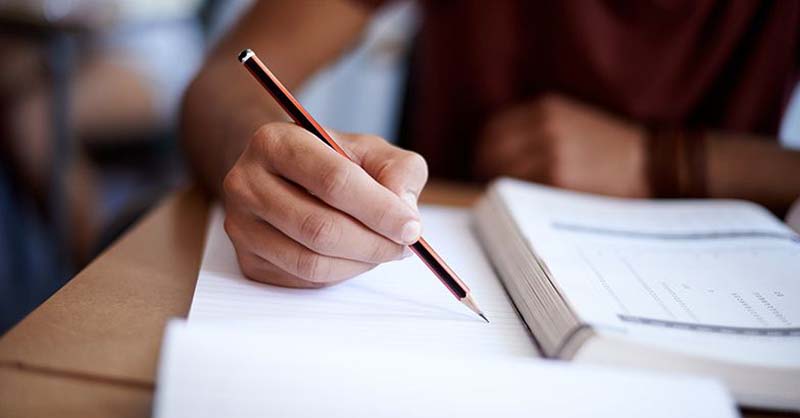 Nishikant Khajuria
JAMMU, Mar 27: The J&K Public Service Commission has lodged an FIR into the ransacking incident at its Examination Centre in Srinagar today where some candidates of Forest Range Officer resorted to violence and snatched Question cum Answer booklets from other candidates thus disrupting conduct of the paper.
Besides registration of FIR in this regard at the concerned Police Station, a detailed report on the incident has also been sought from Director General of Police J&K and the Divisional Commissioner Kashmir for further action.
The incident took place this afternoon at the PSC Examination Centre Srinagar where exam of the Optional Paper (Botany, Silviculture and Field Crop) of Range Officer, Grade-I (Forest), was being conducted.
Some candidates having malafide intentions and to disrupt smooth conduct of the examination, entered forcefully in the PSC Exam Hall by breaking the door and window panes of the centre and snatched the question papers from the candidates present there. Deputy Controller of Examination and a few candidates purportedly sustained some injuries in the violence by the miscreants, who were alleging leakage of the question papers.
In view of the incident, the PSC has also decided that the future course of action regarding the conduct of examination of the Optional Papers (Botany, Silviculture & Field Crop) at Srinagar Centre of those candidates who were present in the Exam Hall but were not allowed to attempt the question paper and the candidature of other erring candidates responsible for the ransacking, shall be subject to the outcome of the FIR, detailed report from the Director General of Police and Divisional Commissioner, Kashmir.
According to a spokesperson of PSC, some candidates of Srinagar Centre, on one pretext or other were spreading rumours regarding leakage of question papers of Range Officer in Jammu Centre where on March 24, the Question-cum-Answer Booklet of General Knowledge paper, to be held on March 25 were circulated to a few candidates due to packing in wrong box by printer with seals intact. Even as the wrong booklets were collected back by the Supervisor after finding that this was not the relevant paper and immediately the other sealed box containing the Question-cum- Answer Booklets of Essay paper were distributed to the candidates, the PSC ordered cancellation of the General Knowledge paper to avoid any doubt or controversy.
“After the exams of `Essay Paper’ concluded peacefully on March 24 in both the Examination Centres, Jammu as well as Srinagar, phone calls started pouring in from Srinagar Centre based candidates alleging that the question paper of General Knowledge (compulsory) which was scheduled for March 25, has been seen by some candidates at Jammu Centre and even a few students whatsapped and messaged few questions and parts thereof to the PSC official. After the same were tallied with the original manuscript, it was found that none of the questions matched fully with the original manuscript”, said the PSC spokesperson.
However, the spokesperson added, in order to maintain the sanctity and fair conduct of the examination, it was decided to postpone the examination of General Knowledge paper, to be held on March 25.
Despite all this, some candidates of Srinagar Centre kept spreading rumours regarding leakage of question papers in Jammu Centre and today at 02:10 PM, they forced their entry in the PSC Examination Hall by breaking the door and window panes. They snatched the question papers from the candidates present there and disrupted the conduct of examination besides causing injuries to the officials there.
The Deputy Controller of Examinations, J&K PSC, Srinagar has taken up the matter with concerned Police Station for lodging FIR of the incident while a detailed report on the incident has also been sought from DG Police and the Divisional Commissioner Kashmir.
As per the scheduled notification, the J&K Public Service Commission is conducting simultaneously KCS (Judicial)-2019 and Range Officers Grade-I (Forest)-2019 examination with effect from March 23 to April 4 in the Forenoon and Afternoon sessions respectively in Jammu and Srinagar examination Centres of the PSC.