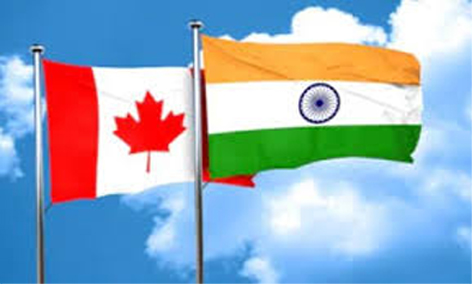 Vadodara, Feb 16: The Canada government is keen
To capitalise on Vadodara’s inherent capability of business and trade and tap its potential in education and IT sectors, a senior official from the North American country has said.
A Canadian delegation was in Gujarat’s Vadodara city on Friday to meet top business and industry players in a move to strengthen trade relations with tier-2 cities of India.
After the meeting, Consul and Head of Trade & Investment at the Consulate General of Canada in Mumbai, Carlos Rojas-Arbulu told PTI that the Indo-Canadian Business Chamber is also contemplating to open a representative office in Vadodara to boost trade ties with the city.
Aiming to tap potential in areas of education, Information Technology and manufacturing sector, the Canada government is eyeing to enhance two-way trade with Vadodara, the third largest city in Gujarat, he said.
“It’s the time to tap the potential of cities like Vadodara that already has ties with Canada. These ties can be further enhanced and new ones can be explored,” he said.
He said information and communications technology is one of the top priority areas of the Canadian government, followed by automotive sector, agriculture, clean technology and infrastructure, among others.
“There is immense potential for Vadodara to collaborate with Canada in areas of education, digitisation, food and clean tech as well as bi-lateral trade between small and medium businesses,” he said.
The bilateral trade between India and Canada is about $10 billion that is estimated to grow to $60 billion in the next five years, the envoy said.
Canada also sees a huge opportunity to associate with Vadodara in the field of education, which is directly co-related to the growth of industries in the region, he said.
“In this context, Vadodara hits all the right chords when it comes to doing business with Canada. We also realise that India’s drive towards becoming USD five trillion economy rests on the shoulders of important cities like Vadodara, and Canada can help the city in realising its full potential,” the official said. (PTI)