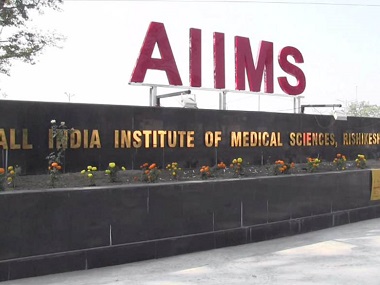 NEW DELHI, Jan 10: The Union Cabinet today approved a proposal for establishing three new AIIMS — two in Jammu and Kashmir and one in Gujarat.
The AIIMS at Vijaynagar in Samba, Jammu, will be set up at a cost of Rs 1,661 crore, the one at Awantipora in Pulwama, Kashmir, at a cost of Rs 1,828 crore and the AIIMS at Rajkot, Gujarat, will be set up at a cost of Rs 1,195 crore, an official statement said.
Expressing gratitude, Union Health Minister J P Nadda said the approval follows the Prime Minister’s vision and upholds the spirit of ‘Sabka Saath, Sabka Vikas’.
“Two new AIIMS, one each for Jammu region and Kashmir region in the State of Jammu and Kashmir was announced by the Prime Minister under the Prime Minister’s Development Package, and AIIMS in Gujarat was announced by the Finance Minister in his budget speech,” Nadda said.
He said setting up of new AIIMS would not only transform health education and training but will also address the shortfall of healthcare professionals in the region.
“The establishment of new AIIMS will serve the dual purpose of providing super specialty healthcare to the population closer to their homes, while also help create a large pool of doctors and other health workers in this region that can be available for primary and secondary level institutions and facilities being created under the National Health Mission (NHM),” the Minister said.
Construction of the new AIIMS is fully funded by the central government. The operations and maintenance expenses on new AIIMS are also borne by the Centre, he said.
Terming it historic, Nadda further said that setting up of new AIIMS in the states will lead to employment generation for nearly 3,000 people in various faculty and non faculty posts.
He said each new AIIMS will add 100 UG (MBBS) seats and 60 BSc (nursing) seats, and the new AIIMS will have 15-20 super specialty departments.
“Each new AIIMS will add around 750 hospital beds. As per data of current functional AIIMS, it is expected that each new AIIMS would cater to around 1500 OPD patients per day and around 1000 IPD patients per month,” he added.
Meanwhile, the Cabinet also approved a proposal to re-promulgate the Ordinance making the practice of instant triple talaq a criminal offence, sources said.
The earlier Ordinance was to expire on January 22.
The first Ordinance was issued in September last year.
A bill to convert the first ordinance into a law is pending in Rajya Sabha where the opposition has been resisting its passage. (PTI)