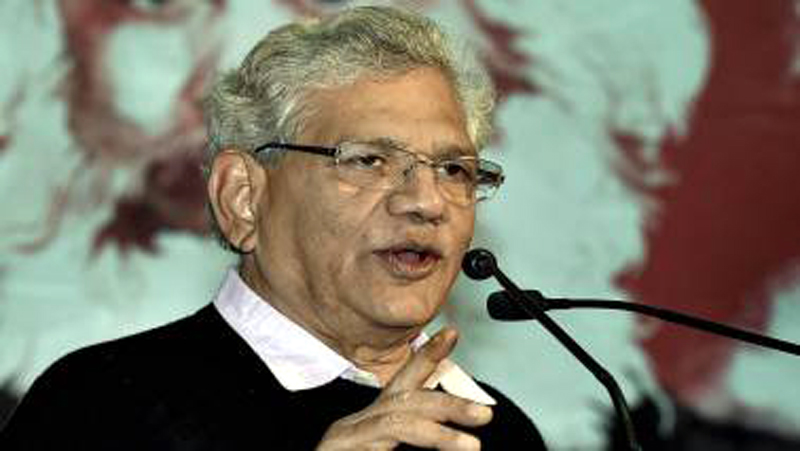 NEW DELHI: The CPI(M) on Tuesday said the citizenship law will continue to face opposition on the streets despite Parliament’s approval, just like the Emergency was opposed notwithstanding its passage in both Houses.
In a series of tweets, CPI(M) general secretary Sitaram Yechury said those arguing that the Citizenship (Amendment) Act cannot be questioned because it has been passed by Parliament must also remember that Emergency was also cleared by Parliament.
“While we opposed it, fought and restored democracy, some belonging to the present ruling party also joined. Were they wrong then? Government must listen to the people and take back CAA, NRC & NPR.
“We opposed CAA in Parliament. We moved for saying yes to persecuted persons, from all neighbouring countries, of any religion. What we opposed in Parliament will also be opposed on the streets. That’s democracy,” he said.
Yechury added that the “divide and rule” police practised by the BJP and the RSS is aimed at dividing Indians on the basis of clothes, food, gender, faith and other faultlines they create.
“But what unites India more now is the damaged economy: BJP’s assault on Lives and livelihoods,’ he said.
Speaking on electoral bonds, the Left leader said his party has opposed it from day one, and also filed a challenge in the Supreme Court.
“… (the) whole scheme is the root of high-level corruption in this government. It has to be scrapped and details of funding so far made public,” he said. (AGENCIES)