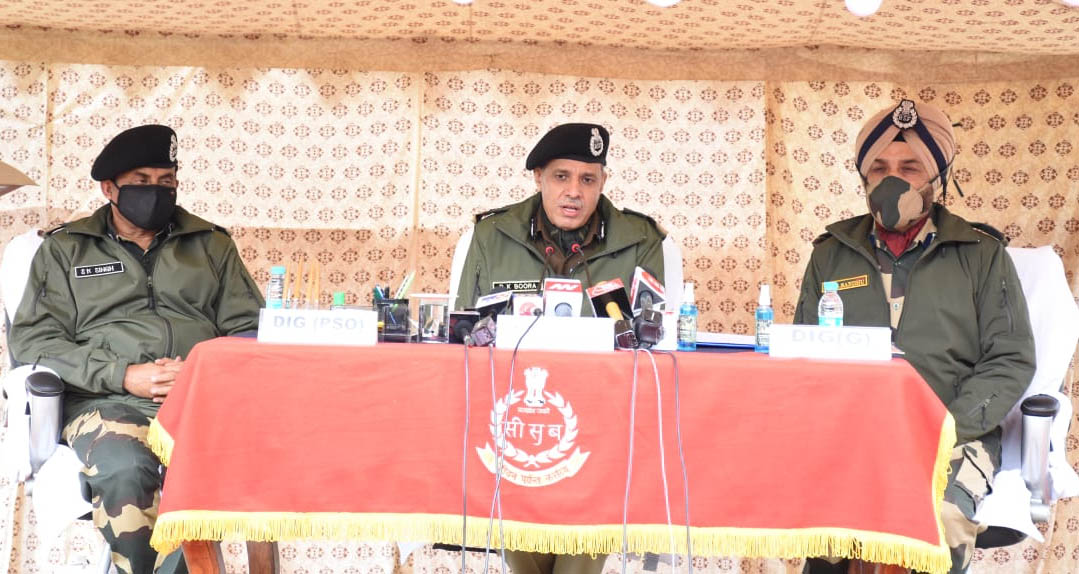 JAMMU, Jan 24: BSF troops deployed on the India-Pakistan border in Jammu and Kashmir have been put on high alert following a threat of anti-social elements creating trouble on Republic Day, the force’s Inspector General for Jammu DK Boora said on Monday.
He also said that the Border Security Force (BSF) has launched a number of operations along the International Border, including anti-drone exercises and those related to detecting tunnels.
The BSF is also conducting joint patrolling with the army, the Central Reserve Police Force (CRPF) and police to thwart nefarious attempts of terrorists, Boora said.
”There is input that anti-national elements are likely to create trouble (in connection with Republic Day) but we are very, very alert on and along the border, including the Line of Control (LoC),” he said. ”We have heightened our vigil on the border extensively,” the inspector general (IG) told reporters here.
Boora said intelligence inputs clearly point towards the possibility of some activities from across the border.
”We have got inputs (that such activities) like infiltration or induction of weapons, ammunition, explosives and its assembling inside our area or drug smuggling (can take place). But we are on high alert and we will not allow anyone to succeed in these nefarious designs,” he said.
Keeping in mind the present security scenario and intelligence inputs ahead of Republic Day, the BSF is carrying out extensive anti-tunnelling drives, special patrolling and depth area domination despite extremely hostile weather conditions.
”We had planned these activities, which are being conducted on the border. Maximum number of troops and officers are present on the border. We have declared two weeks long heightened vigil on the border and extensively carrying out operations along the border, including anti-tunnelling exercises and anti-drone exercises,” Boora said.
”To strengthen border domination, mobilisation of troops has been done. Regular monitoring of suspicious activities of counterparts is being carried out through surveillance equipment,” he said.
The IG said that joint patrolling and exercises are also being conducted along with the army, CRPF and Jammu and Kashmir Police to scuttle any nefarious attempts of anti-social elements.
He said that ”during this period, every year, there is a stress on the security situation along the borders.” ”But we are here to meet all the challenges and pre-empt the nefarious designs of anti-national elements (ANEs), which try to be out-spoken in our celebrations,” Boora said He said that BSF is confident that the ANEs and militants will not succeed in whatever plans they have. ”Our own kind of resources that are human resources and technical resources are in place. We are confident that we will be able to meet the challenges very effectively,” he added.
The IG assured people residing along the border and hinterland that they have nothing to fear as the BSF are very alert on the border. ”We will do everything that it takes to ensure the safety and security of the people,” he added.
BSF troops deployed on the International Border in Jammu have been quite successful and consistent in foiling attempts from across the border by eliminating Pakistani intruders, seizing huge caches of arms, ammunition, narcotics and detecting tunnels in the past one year, Boora said. (Agencies)