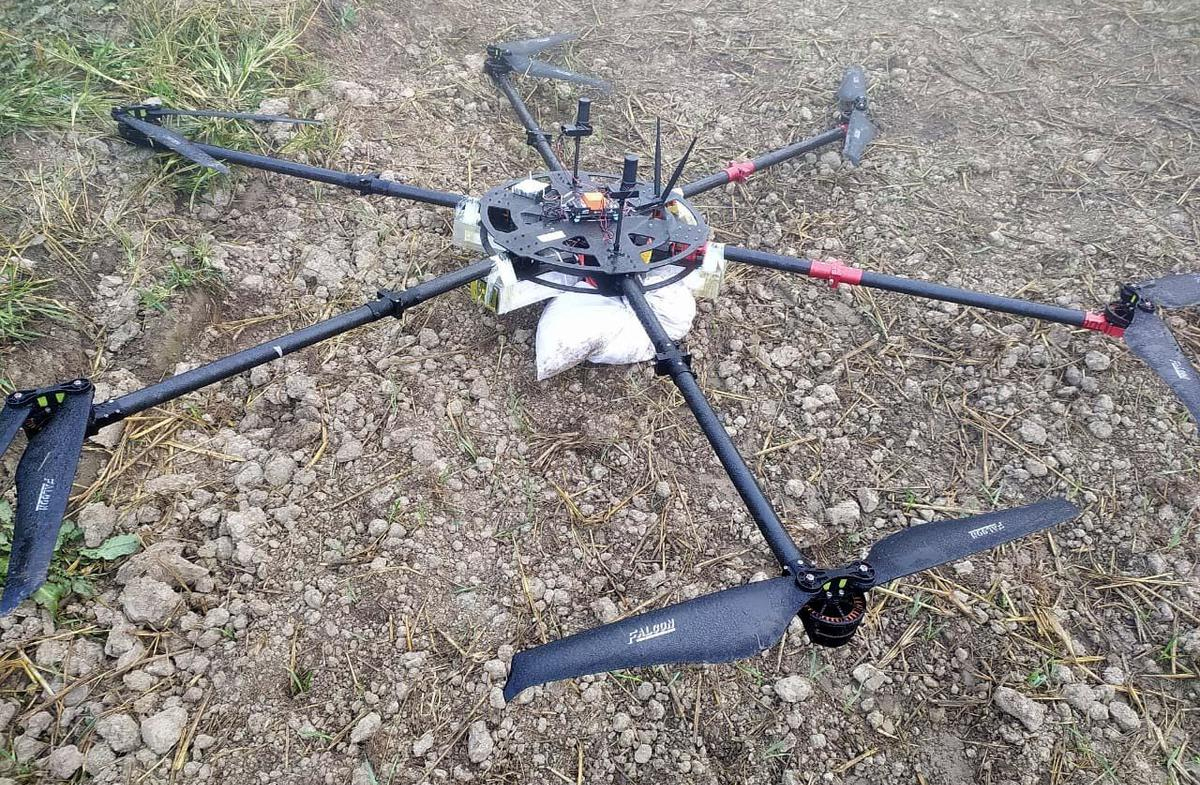 AMRITSAR, Nov 29: Two Pakistani drones were gunned down by the Border Security Force along the India-Pakistan border in Punjab, thus foiling the cross-border drugs smuggling bids in Amritsar and Tarn Taran districts, officials said on Tuesday.
Two hexacopters were carrying around 10 kg of heroin which were recovered by the BSF troops.
In the first incident in Amritsar, a women squad of the BSF shot down a hexacopter, an unmanned aerial vehicle (UAV) with six rotors, which was entering India from Pakistan with 3.11 kg of narcotics.
The troops noticed that the drone was entering the Indian territory near Chaharpur village, around 40 km north of Amritsar city, on Monday night, according to officials.
Two female constables of the 73 battalion fired 25 rounds at the drone and brought it down at 11.05 pm. During a search operation, the BSF recovered a partially-damaged hexacopter.
The drone, weighing 18 kg, was carrying 3.11 kg of narcotics, which was wrapped in a white polythene that was attached underneath it, the BSF said.
Another hexacopter, carrying 6.6 kg heroin, was shot down near Kalash Havelian village in Tarn Taran district by the BSF troops, the officials said.
The second drone was spotted on Monday night, prompting the BSF personnel to open fire at the UAV.
During the search operation, the hexacopter weighing 20 kg was found in a partially-damaged condition near village Kalash Havelian, the BSF officials said.
”Alert troops of the BSF once again were able to capture a drone and foil a smuggling attempt,” an official of the border guarding force said.
Another drone was spotted near the Vadai Cheema border outpost at 10.57 pm on Monday, an official said.
After the BSF troops opened fire at the UAV, it went back to Pakistan.
Last Friday, the BSF troops had also shot down a Pakistani drone near the international border in Amritsar. (Agencies)