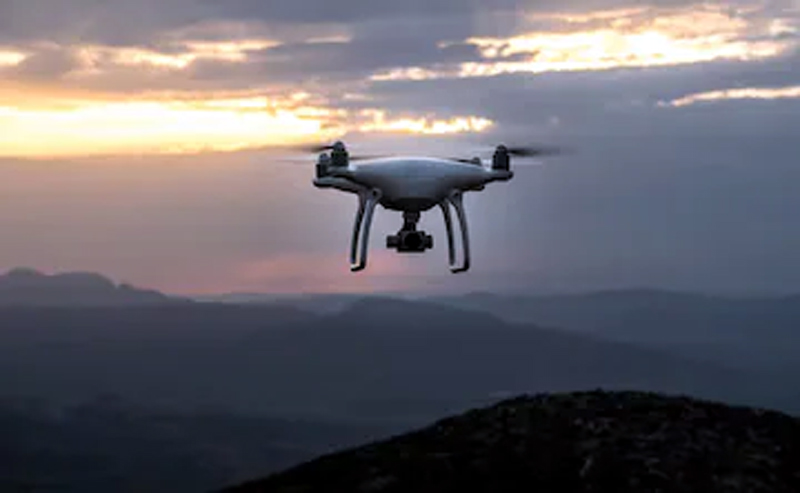 The Border Security Force is continuously working to develop counter-drone and anti-tunnel technologies to effectively check cross-border drugs and arms smuggling and terrorist infiltration bids along the India-Pakistan border, force chief Pankaj Kumar Singh said today.
The BSF Director General said the force has shot down a total of 7 drones over the last six months (December 2021-May 2022) and has detected three underground tunnels along the Pakistan border between January, 2021 to May, 2022.
“We are keeping a strict vigil on cross-border drone activities through which drugs and arms are smuggled and underground tunnels which are used for infiltration by terrorists. The BSF is also working to develop effective technologies to check drones and underground tunnels,” he said.
Singh was speaking during an investiture ceremony and the annual ‘Rustamji Memorial Lecture’ of the border force. The about 2.65 lakh personnel strong force was raised in 1965 and it is primarily tasked to guard Indian borders with Pakistan and Bangladesh.
Minister of State for Home Nityanand Rai delivered the keynote speech and also honoured a total of 16 personnel, including two posthumously, with the police medal for gallantry.
Those decorated include second-in-command rank officer Deepak Kumar Mandal who laid down his life in 2017 while stopping cross-border cattle smuggling in Tripura.
Mandal, commanding the 145th battalion of the border guarding force, was grievously hit by a four-wheeler by the smugglers on October 16 that year and he succumbed to his injuries four days later.
Thirteen BSF personnel were also awarded the gallantry medals for killing three terrorists who attacked the Srinagar (Jammu and Kashmir) airfield on October 3, 2017.
Those awarded for this operation include Assistant Sub Inspector Brijkishor Yadav (posthumously) and Deputy Inspectors General S S Guleria and Hari Lal among others. (PTI)