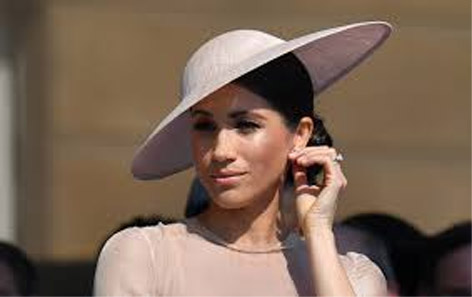 LOS ANGELES, Jan 22: A British royal family satire featuring a cartoon Prince George and his “modern Aunt Meghan” is coming to HBO Max, the streaming platform announced Tuesday.
The animated comedy will be based on a popular Instagram parody account which imagines a young George’s scathing reactions to news stories about Meghan and the wider royal family.
It will portray the Windsors through “the eyes of a young Prince George,” and feature notable characters in his life including “his modern Aunt Meghan and Uncle Harry.”
The announcement comes days after Harry and Meghan’s shock exit from life as working royals.
Prince Harry jetted out from Britain to join Meghan in Canada on Monday, as they start their new life at a luxury house outside Victoria on Vancouver Island.
Gary Janetti, whose credits include “Family Guy” and “Will & Grace,” will write and executive produce “The Prince.” Janetti’s Instagram account, which regularly features memes of Prince George, has more than 880,000 followers.
A recent post linked to an article about Harry and Meghan losing their royal titles featured a shocked-looking George with the caption: “Oh my God, they’ll be… People.” Another written soon after “Megxit” featuring a photo of George with his parents and sister had the caption: “Also, that wedding sucked.” The show will feature the voices of Orlando Bloom, Alan Cumming and Tom Hollander.
“We’re so excited to bring the world Gary’s created on Instagram over to HBO Max, where our viewers can discover what his Instagram fans already know — that George can be hilarious, shocking, and surprisingly sweet,” said HBO Max original content head Sarah Aubrey.
The show is billed as “a biting, satirical look at the life of Prince George,” following him “from the 775 rooms of Buckingham Palace to his family’s sea of corgis to primary school with commoners.”
It will air on upcoming streaming platform HBO Max, which is set to be launched by WarnerMedia in May, and will also feature the new prequel to “Game of Thrones.” “I’m thrilled to be working at HBO Max and bringing them yet another series about a family ruthlessly fighting for the throne,” said Janetti.
No launch date for “The Prince” — produced by 20th Century Fox Television — has been announced. (AGENCIES)