With share of J&K Government to a whopping around 60 percent which is the public money invested or kept in bank, it will be unrealistic to think or consider J&K Bank to be private entity or mere private banking company as was position existing before State Government took historical decision of declaring J&K Bank to be public sector and directly amenable to Government command . It also opened J&K Bank to RTI preview to instil transparency and accountability in functioning of the bank .
Working of J&K Bank had come under suspicion on many occasions but all questions on bonafide functioning of bank in investments had been avoided so far as it was not brought under RTI and bank was not bound to disclose any information sought to public including of loans given, defaulters, NPA etc . Amongst private sector banks J&K Bank has the dubious distinction of probably of having the largest Non Performing Assets of around 6000 crores which amount to 10 percent of total loans given . Where such huge money has gone and to whom money had been given in such a huge quantity is a question which comes to the mind of every customer of the bank .
Whose money is it which has become NPA of J&K Bank ? Money of pensioners and widows and poor people. Money which had been invested in the bank with many dreams to save it for rainy days , money which may be meant for marriage of daughter , education of children or medical treatments . There are large number of cases where NPA is more than even 100 crores both within and outside state and may be outside country also with no or little chance of recovery .Mehul Chowksi of Geetanjali Gems and Vijay Mallaya of Kingfisher may be only two names in long list of big time defaulters of J&K Bank with more than 100 crores to give to bank . Who introduced them and under whose influence these loans were given and also many more will open Pandora’s box of dirty politics of the State. And that’s probably reason all leaders particularly from Kashmir want to hide the truth of this dubious loan transactions.
Detailed investigations and informations which will be now available under RTI as also answerability to Government and legislatures will expose the wrong doers and will ensure saving public money worth crores which could be used for public goods . It’s by now an open secret that accounts of J&K Bank are manipulated to hide the truth of its fiscal health. Earning of J&K Bank annually will be not even 10 percent of its NPA . It’s alarming to say the least .
Efforts of some legislatures for Kashmir to discuss functioning of J&K Bank in Assembly was scuttled by the then Finance Minister in 2017 on the plea that it will adversary affect the market preception of the bank. After that the malfunctioning of bank continued and have now reached where it is . Questionable and Doubtful.
People who are opposed to the Government decision are trying to find excuses to project their objections. Some say that it will affect special status of the State and others that it will destroy health of old premium banking company of the State . But truth seems something else . They have their dirty linings to hide from public. Politicians having made huge wealth in no times have to come clear of all questionable conduct. It will be for public good if officers of bank and their bosses on whose directions the bank money had been looted and squandered are identified and exposed . Brave step taken by the Governor administration needs to be appreciated. Common man in the road is feeling reassured and his anger is increasing against the people who have looted public institutions .
If the administration moves further ahead and directs a detailed enquiry into the functioning of J&K Bank particularly in reference to huge NPA and also on back door appointments, it will be welcomed by masses . These steps which under popular Government are difficult because of inherent political pulls, are being done under impartial Governor rule which is praiseworthy . The step being perfectly legal is not likely to be challenged in court by anyone knowing very well about it.
(The author is Senior Advocate)
feedback at: srps7737@gmail.com 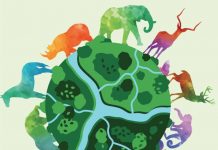 Our Solutions are in Nature

Go for introspection not indictment

Rahul Gandhi-not the next PM?

The nexus and beyond