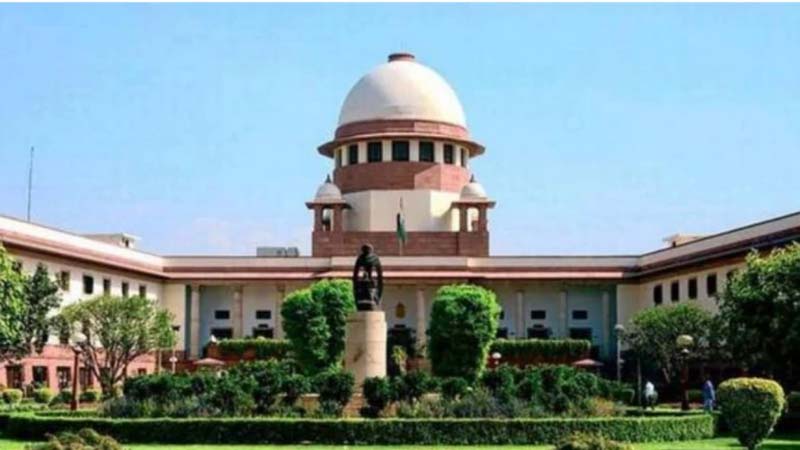 Excelsior Correspondent
JAMMU, Oct 15: State High Court has directed that the interim/adhoc/stop gap arrangements in the administration shall not be resorted to by the Government unless in extreme circumstances that too by considering the eligible officers on the basis of seniority and not for indefinite period of time.
These directions have been passed by Justice Ali Mohammad Magrey while disposing of a petition filed by Abdul Majeed Sheikh challenging the validity of order dated 20th of August, 2019, in terms whereof petitioner was relieved of the additional charge of Sale Centre Nichhama and Tawseef Ahmad Wani, Incharge Store Keeper FCI, was directed to take over the additional charge of Sale Centre Nichhama.
“The petitioner in the capacity of an Incharge Storekeeper has to serve as per the requirement of his employer in view of the mandate of the Classification, Control and Appeal Rules. However, having regard to the fact that there have been a series of orders issued by the respondents regarding the assignment of charge of Sale Centre, Nichhama, this writ petition is disposed of with direction to the respondent to look into the matter as to how adhoc/ interim/ stop gap arrangements are made with reference to the charge of Sale Centre, Nichhama and thereafter are withdrawn without any reason leading to unnecessary litigation”, High Court said.
“The respondent shall ensure that all the arrangements with respect to transfer/ adjustment on any post are made strictly in accordance with the law and the rules governing the field. Moreover, the respondent shall also make sure that the petitioner is posted commensurate to his status”, High Court further directed.
Before parting with the instant case, Justice observed, “I may hasten to add here that while considering this matter it has come to the notice of this court that the Directorate of Food, Civil Supplies and Consumer Affairs is not discharging its functions in tune with the mandate of rules/ law governing the subject insofar as the transfers/ adjustments of the officers/ officials of the department are concerned”.
“It has been noticed that sometimes the arrangements are made purportedly in the interest of administration and smooth functioning of the department, but, only after within a short span of few days, same are again changed”, Justice Magrey said, adding “this court fails to understand as to how the respondent department is regulating its administration in the larger public interest”.
“The other aspect of the matter, which keeps cropping up before this court, is that the department is adhering to interim/ adhoc/ stop gap arrangements for filing up the posts borne on the establishment of the department, which, too, is not permissible in terms of the relevant laws and the rules”, Justice Magrey said, adding “the Supreme Court, in a catena of judgments, has also deprecated the practice of continuing the interim/ adhoc/ stop gap arrangements for indefinite periods of time, therefore, the department could give a serious thought on the mechanism adopted by it as regards the transfer/ adjustment of its officers/ officials”.
High Court further directed the department that all the gazetted/ non-gazetted posts borne on the establishment of the department, be those under promotional quota or under direct recruitment, shall be filled up on regular basis in tune with the mandate of relevant recruitment rules and the law governing the subject.
“Interim/ adhoc/ stop gap arrangements shall not be resorted to, however, such arrangements, on exigency, shall be filled up from amongst the eligible officers on the basis of seniority and shall not be, at any stage, continued for indefinite periods of time”, High Court made it clear.