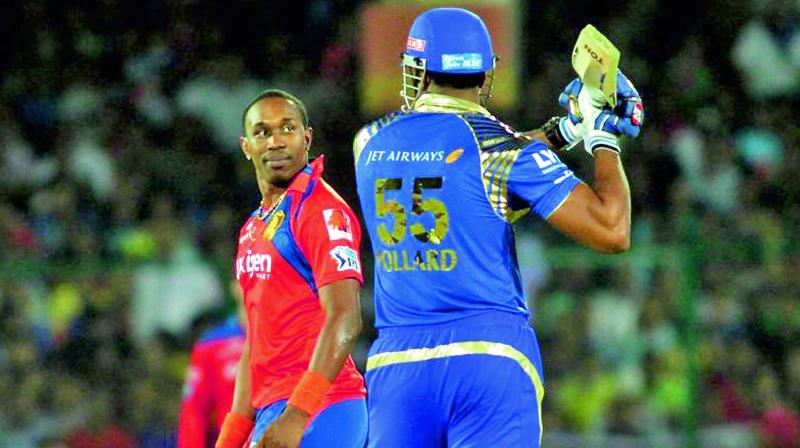 SAINT JOHN’s: West Indies Cricket board has announced a ten-man reserve squad list for the upcoming World Cup 2019 with the likes of Kieron Pollard, Dwayne Bravo and Sunil Ambris featuring in it.
Addressing the reserve players, the Interim Chairman of Selectors, Robert Haynes on Saturday said, ”The choice of players in the reserve list is to really cover our bases and ensure we have a good balance in the pool of players that can be selected if replacements are required”.
”We think the skill set in this pool is strong with a good blend of experience and upcoming young players who can be ready to contribute when required”, he added.
According to some reports earlier, Pollard was likely to be included in the final 15-man squad to replace a player who got injured. However, there is no official confirmation yet and now the all-rounder has been named in the reserve squad.
However, Bravo who had announced his retirement from international cricket in October 2018, has been also picked and perhaps WI are looking to use his experience as a learning tool for the relatively younger players in the squad.
Batsman Sunil Ambris, and all-rounder Raymon Reifer have been called up as cover for the Evin Lewis who has recently recovered from a viral infection.
West Indies will continue their preparations for the ICC Cricket World Cup 2019 with a training camp in Southampton, England from May 19 to 23.
The four-day camp, involving the entire 15-man squad for the marquee tournament, will include an additional warm-up fixture against Australia, which will be played on May 22 at the Ageas Bowl, the home of Hampshire County Cricket Club.
The ten reserve players for the ICC Cricket World Cup are – Sunil Ambris, Dwayne Bravo, John Campbell, Jonathan Carter, Roston Chase, Shane Dowrich, Keemo Paul, Khary Pierre, Raymon Reifer, Kieron Pollard.
(AGENCIES)