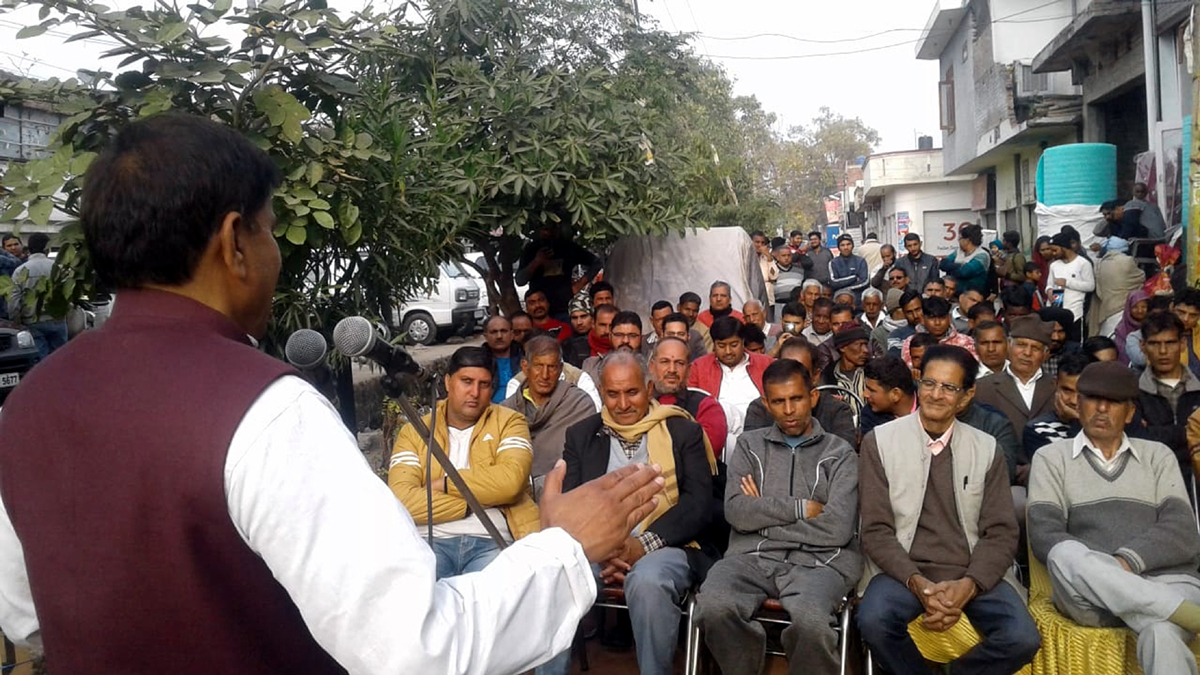 Excelsior Correspondent
JAMMU, Dec 30: While the people from Punjab, Himachal, Bihar and even foreign nationals from Bangladesh, Myanmar and Afghanistan had settled in prime locations in Jammu and its vicinity during the rule of successive regimes, the people of border villages of Jammu region continued to suffer for want of shelter at safer zones, said Harsh Dev Singh, chairman JKNPP and former Minister.
Despite the tall sloganeering of various political parties during elections making lofty promises and assuring doles to the people of border belt, none of the promises made by them had been redeemed after they assumed power, Singh said. Having been cheated by the traditional political parties, the people of these areas were fast losing faith in the political system, he rued.
He said that people should genuinely differentiate between parties that stand solely for power and those sincerely fighting for the cause of the public. He was addressing public meetings in Bishnah town of Jammu today.
Anguished over the loss of property and life caused by the persistent heavy mortar shelling and firing by Pakistan on the forward villages of Jammu region, Harsh Dev Singh said that the life of the border dwellers had been thrown out of gear who were living in a terrifying atmosphere with women and children facing the worst miseries of life.
He regretted that severe lack of ambulance and emergency services besides defunct Primary Health Centers in the border villages had posed severe problems for the people with several casualties which otherwise could have been averted by timely intervention. He added that several livestock had perished during incessant firing and shelling besides heavy damage had been caused to the houses and crops of the local residents.
Singh expressed his resentment against the BJP for shamelessly doling false promises and assurances to the border residents time and again for their relief and rehabilitation and making the mockery of their painful condition.