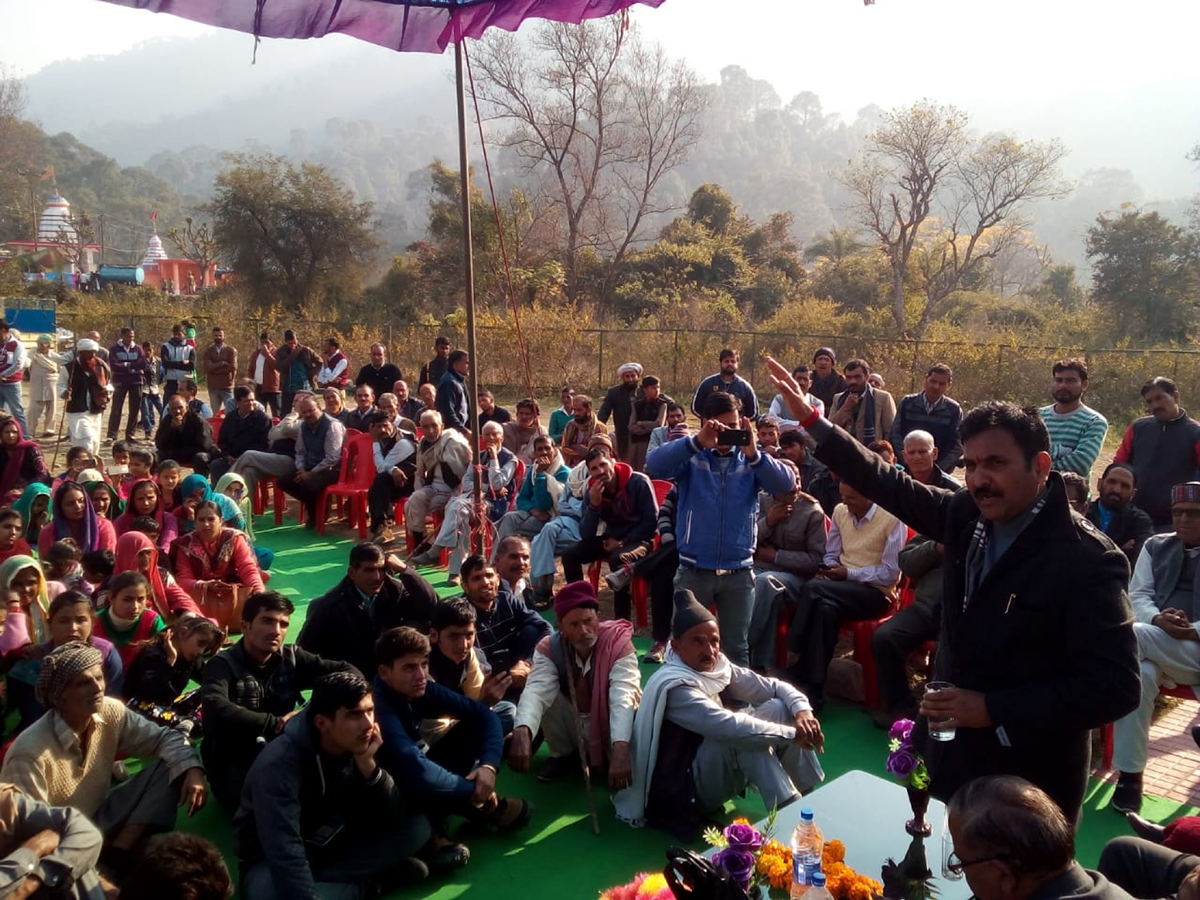 Excelsior Correspondent
JAMMU, Dec 30: Former Minister and Senior congress leader, Dr Manohar Lal Sharma has accused state BJP for betrayal common masses of Jammu. Addressing a public meeting at Binipull in Panchayat Dharalta he said the people of Jammu had high hopes from BJP as they elected majority of 25 BJP MLAs from Jammu but on the contrary BJP after getting mandate took a u-turn from the pre-poll promises.
He alleged that not even a single penny was spent from MPLAD & CDF funds for development in the last four years in Billawar constituency.
He further said that villages Dharamkote and Mela were adopted by Dr Nirmal Singh for making them model towns but not even a single development work was initiated there.
“BJP only talks about religion only to get votes in elections but in reality they do nothing for development of even religious places,” he said adding that project of creation of tourist village of Mata Bala Sundri and Mata Sukrala Devi under Tourism Department not moved even an inch is the last four years.