E-Paper
Home Todays story Border areas among 350 villages/hamlets in Ladakh UT yet to get... 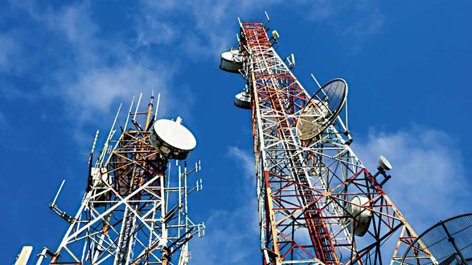 Mohinder Verma
JAMMU, Dec 2: Several locations along the Line of Actual Control (LAC) with China and Line of Control (LoC) with Pakistan are among 350 villages/hamlets in the Union Territory of Ladakh which have remained deprived of mobile facility despite repeated announcements in this regard by the Union Ministry of Communication.
Moreover, this region of the erstwhile State of Jammu and Kashmir has failed to receive reasonable support under Universal Service Obligation (USO) Fund being operated by the Department of Telecommunication as a result of which there is strong resentment among the inhabitants of such areas.
Official sources told EXCELSIOR that there are around 350 villages/hamlets in Leh and Kargil districts which have not been provided mobile facility till date because none of the private telecom operators and Bharat Sanchar Nigam Limited (BSNL) found it appropriate to install towers in these areas due to high operational cost and less returns.
Some years back, the BSNL on the persistent demand of the people of these areas and on the instructions of the Department of Telecommunication prepared a Detailed Project Report for installation of mobile towers in most of these 350 villages/hamlets and submitted the same to the Department of Telecommunication for funding but the same was suddenly rejected without assigning any specific reason, sources informed.
Thereafter, the issue was raised by the Member of Parliament from Ladakh Parliamentary seat in the Lok Sabha but every time only assurances were given and no step was initiated on ground.
The sitting Member of Parliament Jamyang Tsering Namgyal had also raised the issue in the Lok Sabha in the month of July this year and it was announced by the Ministry of Communication that 125 mobile towers in Ladakh region (72 in Kargil and 53 in Leh) would be installed under Universal Service Obligation Fund for providing mobile connectivity to 350 uncovered villages and hamlets, border and other priority areas.
“However, till date the exercise has not been started as a result of which there is strong resentment among the people of these uncovered areas”, sources said, adding “what to talk of areas along the Line of Actual Control with China and Line of Control with Pakistan and other far-off hamlets even large number of villages which are situated 15 to 20 kilometres away from the Leh and Kargil towns are without mobile coverage”.
Keeping in view inability of the private telecom operators as well as BSNL to install mobile towers in these areas because of high operational cost and less returns, the Department of Telecommunication is required to utilize the Universal Service Obligation Fund to bring these villages and hamlets on the mobile coverage map of the country.
It is pertinent to mention here that Universal Service Obligation Fund was formed by the Union Government to help fund projects to boost connectivity in the rural areas. The money for this fund comes through a ‘Universal Access Levy’ charged from the telecom operators as a percentage of various licenses fees being paid by them.
However, in respect of Ladakh region of the erstwhile State of Jammu and Kashmir an amount of only Rs 12 lakh has been released under Universal Service Obligation Fund during the past five years, which is grossly inadequate to provide mobile coverage to uncovered villages and hamlets, sources informed.
During 2014-15 and 2015-16 financial years not even single penny was released for Ladakh under USO Fund while as during 2016-17 financial year, an amount of Rs 9.14 lakh was released. Similarly, an amount of Rs 1.34 lakh was released during 2017-18 financial year and Rs 1.54 lakh during 2018-19 for augmentation of mobile/telephone network in Ladakh region.
“The Union Communication Ministry must understand that mobile coverage not only benefits the people in different manner but also helps in timely dissemination of information to the relevant quarters about activities of hostile neighbours in the border areas”, sources said and hoped that announcements about bringing around 350 villages/hamlets on the mobile coverage map of the country would be translated into reality without further delay.