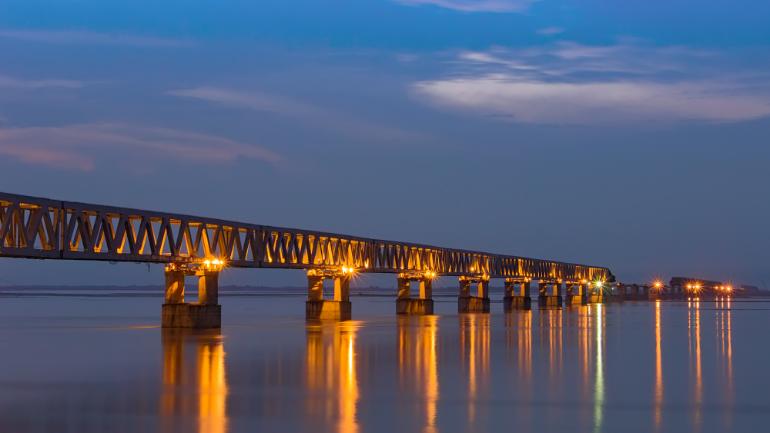 The Prime Minister inaugurated the the 4.94-km-long double-decker strategic bridge, built by HCC, over the Brahmaputra river at Bogibeel near Dibrugarh in Assam.

With the width ranging from 1.2 km to 18 km, the Brahmaputra has been bridged only four times in the past, and HCC holds the distinction of building two of these bridges and has now constructed the fifth, the company said in a statement.

“Built on the Brahmaputra river in Dibrugarh district of Assam, it is the first fully welded steel bridge and the longest rail-cum-road bridge in India. HCC constructed the entire 4.9 km-long superstructure,” it said.

HCC said the project boasts of multiple benefits such as strategic and speedier access for defence forces to the Indo-China border, seamless access for medical facilities to remote north-eastern states, and most importantly reducing by nearly 10 hours the transportation distance between NH-37 and NH-52, saving transportation cost, time and fuel. (AGENCIES)