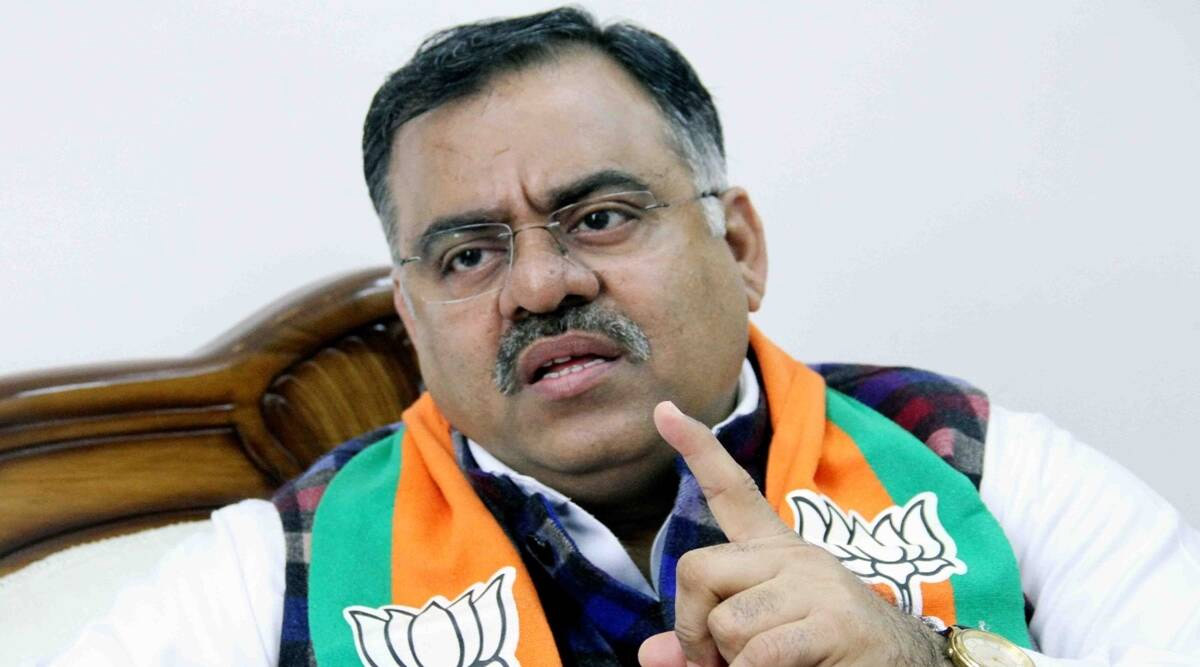 New Delhi, September 11: Bharatiya Janata Party (BJP) slammed former Jammu and Kashmir Chief Minister Farooq Abdullah over his “outsider” remark and said that the latter is insulting Jammu and Kashmir voters by calling them, ‘outsiders.’
After the all-party meeting, Former J-K chief minister and chairman of the People’s Alliance for Gupkar Declaration (PAGD) Farooq Abdullah said that they don’t want outsiders to get voting rights in Jammu and Kashmir.
The all-party meeting was called over the proposed inclusion of around 2.5 voters including non-locals in the electoral rolls of Jammu and Kashmir.
Reacting to Abdullah’s statement, BJP National General Secretary and in-charge of Jammu and Kashmir Tarun Chugh said, “After all, who is Farooq Abdullah sahib calling voters as outsiders, he is insulting the people of Jammu and Kashmir by using such language. Explain what you mean by outsiders. According to the Election Commission, every Indian who is above 18 years of age can vote in the province where he lives. So the citizens residing in Jammu and Kashmir who have attained the age of 18 years, they should vote.”
“Is Farooq Abdullah outsider remark is referring to any religion, province or caste. This is incomprehensible and the meaning of the outside party is also not understood. What is the meaning of outside, that outside party will not come to Jammu and Kashmir, what is the meaning of Farooq Abdullah? Has the Pakistan Tehreek-e-Party of Imran Khan come to Jammu and Kashmir or Sharif family come from Pakistan Muslim League, is contesting elections? Farooq sahib should not complicate the problems and create confusion,” said Chugh.
He further said that every political party in the country has the right to contest elections in any corner of the country and the Bharatiya Janata Party’s Jan Sangh is in Jammu and Kashmir since the 1950s.
“What are you talking about the new law, no such law has been made there which has not been passed in the Parliament but Farooq Abdullah is trying to create a problem in the Union Territory. But now he should understand that people of Jammu and Kashmir will not act as per his command,” he said.
BJP leader said that Jammu and Kashmir has progressed but Farooq Abdullah is still standing in the politics of the 50s, 60s and 70s.
“Development, trust and connecting citizens with democracy is the agenda of Prime Minister Narendra Modi. More than 21 lakh people have voted for Prime Minister’s development agenda in DDC elections, BDC elections, Panchayat elections, people have voted for Modi’s vision and Modi ji’s vision is succeeding,” he said.
Chugh said that the election rules are in the whole country including Kerala and Delhi, and the rights of citizens which are in Gujara,t Rajasthan, Madhya Pradesh or any other part of the country are the same for the citizens of Jammu and Kashmir while requesting Farooq Abdullah not to confuse people by his misinformation.
“Not a single vote should be made of a person who is not a citizen, who is not more than 18 years of age and Farooq Abdullah Saheb voter list will be given to all the political parties and there will also be a chance to check the list and if you have any objection you can raise and the Election Commission will take cognizance of it and accept it but do not humiliate the citizens of Jammu and Kashmir by calling them outsiders,” he added.
An all-party meeting was held at the home of Farooq Abdullah in Jammu on Saturday.
After the meeting, Farooq Abdullah said that they do not want outsiders to get voting rights in the Union Territory.
“Leaders of all political parties are present today. We do not want outsiders to get voting rights in Jammu and Kashmir. We cannot trust the assurances given by the CEO of J-K. People from different parties have come together and brought different issues because they feel that their rights are being attacked every day with new laws coming. We do not accept parties coming from outside,” he said. (AGENCIES)