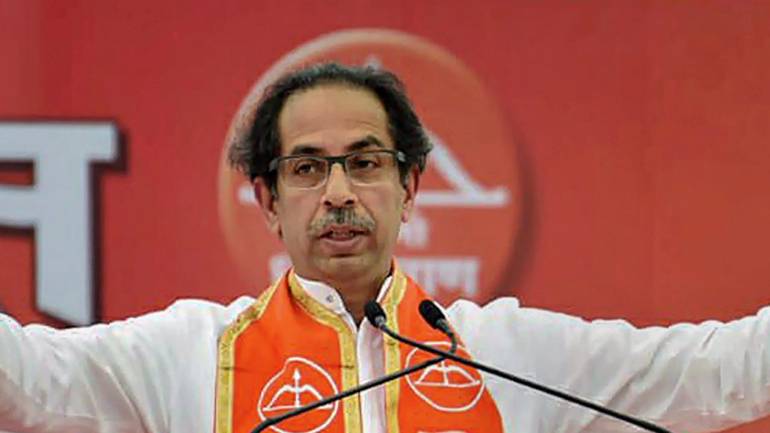 MUMBAI, Nov 8:
The three-decade-old allia-nce between the BJP and its oldest ally Shiv Sena appeared to be on shaky ground after Devendra Fadnavis, who quit as Chief Minister today, and Sena chief Uddhav Thackeray were engaged in a bitter public showdown over sharing the Chief Ministership in Maharashtra.
Fadnavis and Thackeray traded charges over power-sharing arrangement at their respective news conferences shortly after the BJP leader drove to Raj Bhavan and handed over his resignation to Governor Bhagat Singh Koshyari, five years and a week after he assumed the State’s top job.
Fadnavis blamed the Sena for rebuffing all attempts to form an alliance Government and insisted no decision was taken in his presence on sharing the Chief ministership while Thackeray claimed the BJP had agreed to share the post during his talks with its chief Amit Shah before the Lok Sabha polls. Thackeray also indicated that all options are open for his party in formation of the next Government.
The Governor accepted Fadnavis’s resignation and asked him to be the “caretaker CM” till alternative arrangements are made.
“The alternative arrangement could be anything, a new government or imposition of President’s rule,” Fadnavis said.
All eyes are now on the Governor on his next course of action that could also include calling the BJP, the single largest party, to form the Government. The tenure of the existing Legislative Assembly ends midnight tonight.
The BJP and the Shiv Sena are locked in a tussle over the Chief Minister’s post, resulting in a prolonged stalemate despite the poll results on October 24 giving the saffron alliance a combined seat strength of 161, way past the 145 majority mark in the 288-member House.
Both the bickering partners, however, did not state categorically that there was no scope for rapprochement in the coming days. Late on Friday night, BJP leader Sudhir Mungantiwar said the alliance was not over, and the Shiv Sena should respect the mandate.
The Sena, which wants its Chief Minister in the State, countered Fadnavis’ claim that there had been no agreement on sharing the Chief Minister’s post.
Thackeray asserted he would fulfill the promise made to his father, late Sena founder Bal Thackeray, to install another Shiv Sena Chief Minister in the state, and does not need Devendra Fadnavis or Shah for this.
In a stinging attack on its time-tested ally, Fadnavis blamed the Shiv Sena for the impasse.
“I again want to make it clear that it was never decided that the CM’s post will be shared. There was never a decision on this issue. Even (BJP chief) Amit Shah ji and (senior BJP leader) Nitin Gadkari ji said this was never decided,” he said.
Fadnavis said he called Uddhav Thackeray for breaking the impasse many times, but “Uddhav ji did not take my calls.”
The Shiv Sena’s “policy” of not talking with the BJP but holding talks with the opposition Congress and NCP was wrong, he said.
“The day poll results came, Uddhav ji said all options were open for Government formation. That was shocking for us as people had given mandate for our alliance and in such circumstances it was a big question for us that why he said that all options are open for him,” he said.
Union Minister and senior BJP leader Nitin Gadkari also threw his weight behind Fadnavis, saying there was no deal between his party and the Sena over equal distribution of portfolios, including sharing the post of Chief Minister.
Soon after Fadnavis’s press conference, Uddhav Thackeray hit out at the BJP for trying to portray him as a liar on the issue of sharing of CM’s post.
Thackeray again and again said he was hurt that the BJP tried to portray him as a liar.
He said he did not hold talks with the BJP after the Assembly poll results came in on October 24 as he could not tolerate being called a liar.
The Sena chief also denied Fadnavis’s claim that Sena leaders targeted Prime Minister Narendra Modi. He did not attack Modi but criticised the NDA Government from time to time over policies, he added.
NCP chief Sharad Pawar, earlier in the day, questioned why the governor was not calling the single largest party, the BJP, to form Government. Later in the evening Congress leaders met Pawar at his residence here.
Union Minister Ramdas Athawale met Pawar here “to seek his advice” on ending the deadlock over Government formation.
Speaking to reporters after the meeting, Pawar suggested the BJP and Shiv Sena should respect the “clear cut majority” people have given them. (PTI)