Excelsior Correspondent
SRINAGAR, Sept 29: Own the ambitious Back to Village Programme and every single officer on the ground must work as a changemaker to ensure benefits of governance reache the last man in the queue, Lt Governor, Manoj Sinha directed the senior officials during a meeting he chaired to review the preparedness for Back to Village 3 programme at Civil Secretariat here today.
The ambitious programme starting from October 2 aims to take the governance to the doorstep of people which is also seen as a unique effort of the Government to strengthen the newly constituted Panchayats.
He sought detailed report on action plan for the conduct of B2V3 Programme and enquired about progress made under Jan Abhiyan programme.
He asked all the stakeholders to put in dedicated efforts to complement the unique and sincere efforts of the government to reach the door steps of the people with responsive, accountable and equitable governance.
He issued directions to the DCs, ADCs, SSPs, ASPs and other senior officers of the districts to remain present at all Sub-Division Headquarters in every District on rotational basis from 10 am to 4 pm every Wednesday, with officers and representatives of different line departments.
The Lt Governor also sought detail of activities to be conducted during the three day visit of over 4000 visiting officers, who will visit all panchayats of the UT of Jammu and Kashmir.
Focus on ensuring that funds and functions devolved to the panchayats are used without any bottlenecks and the beneficiary schemes actually reach the people. Public services have to be target oriented and administration should ensure 100% saturation, he added.
During the meeting, Lt Governor instructed all officers to gear up and gave a clarion call to own B2V3 for making it a huge success.
Discussions were also held on the issues of vacant government buildings, availability of playgrounds in every panchayat, Government handholding to Self-Help Groups, sanitation activities and to identify candidates for Self-Employment.
Sheetal Nanda, Secretary to the Government, Department of Rural Development and Panchayati Raj apprised the Lt Governor about the achievements recorded during Block Diwas under Jan Abhiyan. Three-day activity plan of visiting officers was also given during the meeting.
The meeting was attended by BVR Subrahmanyam, Chief Secretary; Arun Kumar Mehta, Financial Commissioner, Finance Department; Nitishwar Kumar, Principal Secretary to Lt Governor; Bipul Pathak, Principal Secretary to Government, Science & Technology Department and Social Welfare Department; Dr. Asgar Hassan Samoon, Principal Secretary to the Government, School Education Department; Rohit Kansal, Principal Secretary, Power Development Department and Information Department; Manoj Kumar Dwivedi, Commissioner/ Secretary to the Government, Industries and Commerce Department; Pandurang K. Pole Divisional Commissioner Kashmir; Sheetal Nanda, Secretary to the Government, Department of Rural Development and Panchayati Raj; Simrandeep Singh, Secretary, Public Grievances and other senior officers. 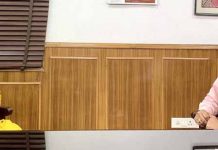 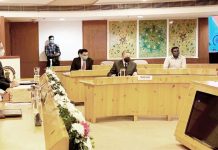 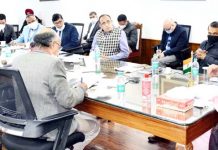 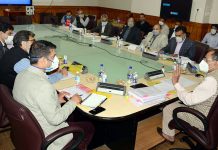 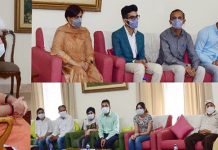