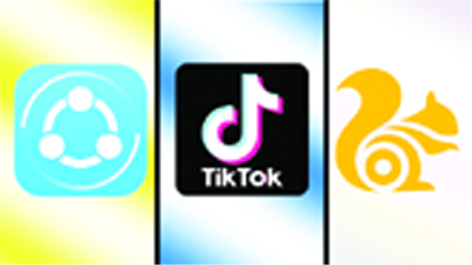 Hardeep Kaur Bali
After a fortnight of Galwan valley incident on June 15 in which 20 Indian soldiers were martyred due to the clashes with Chinese troops, the diplomacy seems to have taken a stringent action by announcing ban on 59 Chinese apps on June 29. The rising tensions between India and China imply that decades of negotiations regarding the LAC have probably failed hence pushing Government to implement ban on popular Chinese apps like TikTok, SHAREit, UC Browser etc. under Section 69A of the Information Technology Act. There has been a rise in the sentiment to boycott Chinese goods among Indians ever since Galwan incident so the Government directive stating that these apps were “prejudicial to sovereignty and integrity of India, defence of India, security of state and public order” seems to be a move to appease the majority. The ban was imposed to stop alleged leaking mobile date of Indian users however some tech experts claim that it will hardly affect the Chinese firms. But we cannot ignore the fact that India is Tik Tok’s biggest foreign market with around 120 million users turning ordinary people to social media stars garnering millions of followers and brand deals on the platform. Although the move was widely appreciated by all Indian companies ‘but thousands of Tik Tok influencers seemedto have lost their careers overnight.
The TikTok India head, Nikhil Gandhi responded to the ban on Twitter, saying that the company has been complying with data privacy and security requirements and asserted that no information has been shared with any foreign Government. He also informed that they have been invited to meet with concerned Government stakeholders for an opportunity to respond and submit clarifications. Meanwhile, Tik Tok app has been take down from both Apple App store and Google Playstore.
Considering the potential of Indian internet user base, the ban would put immense pressure on Chinese firms as they were heavily reliant on Indian markets and the competition for Indian apps will automatically come down. The changing ecosystem can prove to be a boon for Indian companies if used wisely. Slogans of “Vocal for locals” have found resounding echo in Prime Minister Modi address to the nation on bringing the spotlight back to use of “Swadeshi goods”. He appealed people to promote local businesses during these testing times.
The ban on Chinese apps might appear as a soft stroke butthis move will have an enormous impact on China’s aggressive behaviour on LAC. Recent escalations in Galwan valley clearly indicates the violation of 1993 Agreement signed between India and China to maintain peace and tranquillity along LAC.
The boundary issues were supposed to be solved with peaceful and friendly consultations instead of using brute force. The challenge at the border needs to be recognised by the Centre Government and necessary changes needs to be done in foreign policy as deescalating the crisis seem tough. PM Modi’s call for Atmanirbhar Bharat in his speech talked about self-reliance and protectionism further strengthening the local businesses.
As the world economy is battered due to coronavirus, the International Monetary Fund has further slashed its forecasts estimating contraction of around 4.9% in global GDP in 2020. The Governments across the world are trying hard to combat fallout from Covid-19 but the recent estimation that US economy will contract by 8% and India’s growth rate is pegged at 1.9% is worrisome. India is battling health crisis, economic crisis, Easter Ladakh deadlock, all at the same time but LAC has been a serious bone of contention which needs to be dealt swiftly for restoration of peace along the border. The stalemate between Indian and China led to a major blow to Chinese tech companies however the ban is interim so there is still some hope for Tik Tok stars for a second chance.
feedbackexcelsior@gmail.com