SRINAGAR: A bank guard was shot at and critically wounded by some unidentified gunmen at Tral in south Kashmir district of Pulwama on Monday afternoon, official sources said.

They said gunmen fired from a very close range at a  bank guard Tariq Ahmad Wani, at Tral in Pulwama. The injured, resident of Reshipora, Tral, was immediately rushed to a local hospital from where he was referred to Srinagar. A massive hunt has been launched to nab the gunmen, they said.

A police spokesman said gunmen also fired upon a person and injured him at Tral. (AGENCIES) 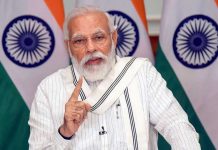