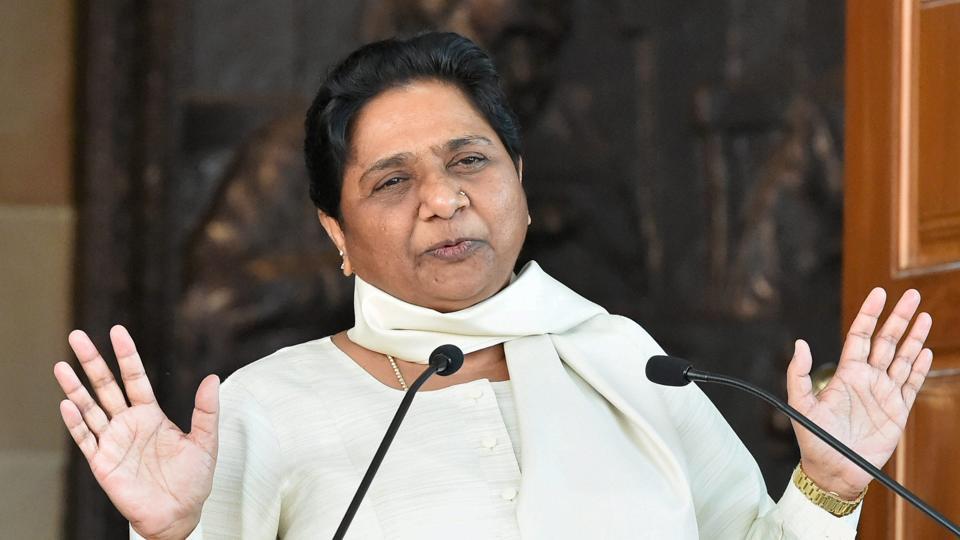 NEW DELHI, Sept 7: BSP chief Mayawati Friday dubbed the ‘Bharat Bandh’ called by some upper caste-OBC groups against the SC/ST Act as an “electoral conspiracy” of the BJP to divide people on caste lines ahead of the Lok Sabha elections.
In a statement issued here, she said the Bharatiya Janata Party is supporting such agitations to divert people’s attention from “burning” issues such as fuel price hike.
She claimed that the law to prevent atrocities against Scheduled Castes and Scheduled Tribes was never misused when the Bahujan Samaj Party was in power in Uttar Pradesh.
The former Uttar Pradesh chief minister also claimed that people from upper castes were given equal opportunities in jobs and employment when her party was in power in the state.
“The BJP and the RSS are indulging in divisive politics as part of which agitations are being organised, especially in the BJP-ruled states, to oppose the amendments to the SC ST Act . It is nothing but an electoral conspiracy sponsored by the RSS and the BJP,” she said in the statement. Some organisation had Thursday called the one-day bandh to protest against the amendment to the Scheduled Castes and Scheduled Tribes (Prevention of Atrocities) Act. Parliament had passed the amendment bill last month, overturning the Supreme Court order barring arrests without a preliminary inquiry to avoid false implication of innocent persons under the Act. (PTI)