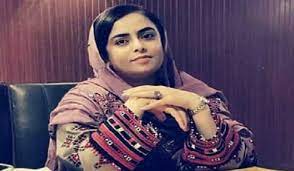 QUETTA, Sept 7:The Balochistan Government has appointed a woman officer to serve as deputycommissioner of Nasirabad district. It is the first time in the administrative history of Balochistan that a woman officer has been appointed to the post.
She replaced outgoing Deputy Commissioner Mohammad Hussain on Tuesday, Dawn reported.
Ayesha Zehri, who has been working in the irrigation department, assumed her new responsibilities, after the Services and General Administration notification on her appointment.
Zehri an electrical engineer, during her stint as assistant commissioner of Chagai, conducted many raids against criminals and drug smugglers in district and arrested a number of suspects after exchange of heavy fire, the Dawn report said. (UNI)