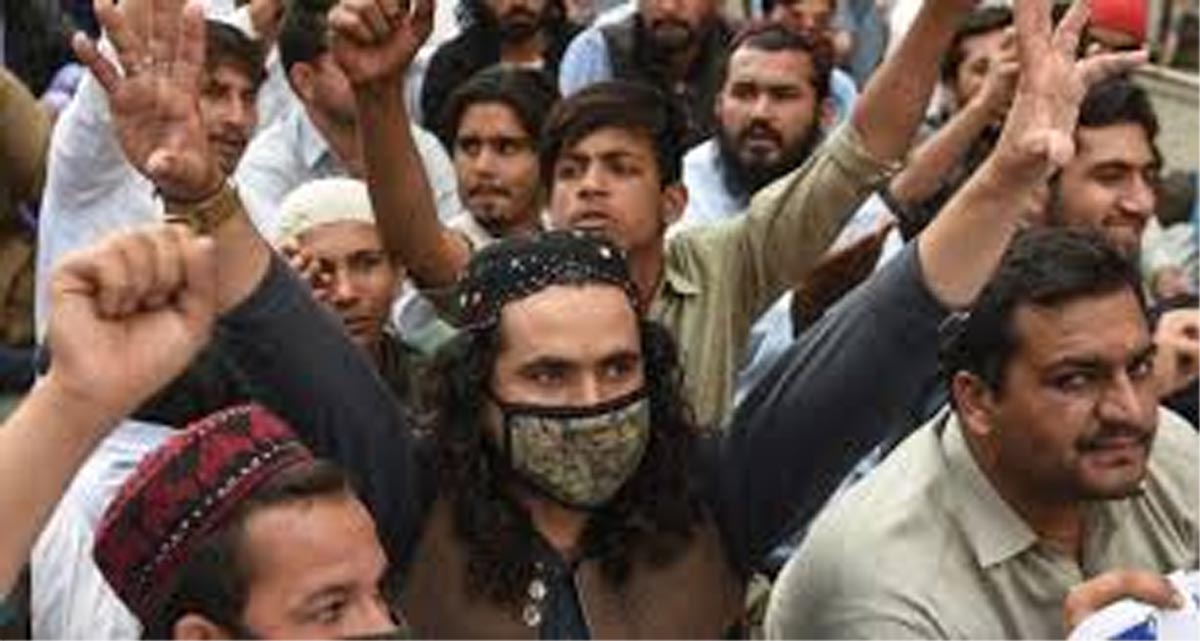 Khan was addressing a gathering of Pakistani-Americans when the Baloch youths suddenly stood up from their seats and started raising slogans.

Balochs living in the US have been raising their voice against alleged atrocities, disappearance and human rights violations in Balochistan by Pakistani security forces.

For the last two days, they have been running a mobile billboard campaign urging President Donald Trump to help end “enforced disappearances” in Pakistan.

The three Baloch youths who were raising anti-Pakistan slogans were far away from the main podium, where Khan was speaking. He could continue his address uninterrupted. About two minutes-and-half later, local security personnel forced them to leave the indoor auditorium.

A few supporters of Imran were seen pushing them from behind and asking them to leave the arena.

Meanwhile, members and supporters of the Muttahida Qaumi Movement (MQM) held a peaceful protest against Imran in front of the US Capitol on Sunday.

Khan is currently on a three-day visit of the US and is scheduled to meet President Donald Trump at the White House on Monday.

The group of MQM supporters raised slogans against Imran and Pakistan and alleged that Mohajirs are being subjected to grave human rights violations in Karachi and other parts of the country.

They alleged that the Pakistan Army and ISI are indulging in atrocities against Mohajirs in Pakistan. MQM founder leader Altaf Hussain is now seeking right to self-determination.

Mohajir (MQM), Baloch, Pashtoon, Sindhi, Giligit Baltistan and Saraiki communities have scheduled another round of protest in front of the White House on Monday. (PTI)