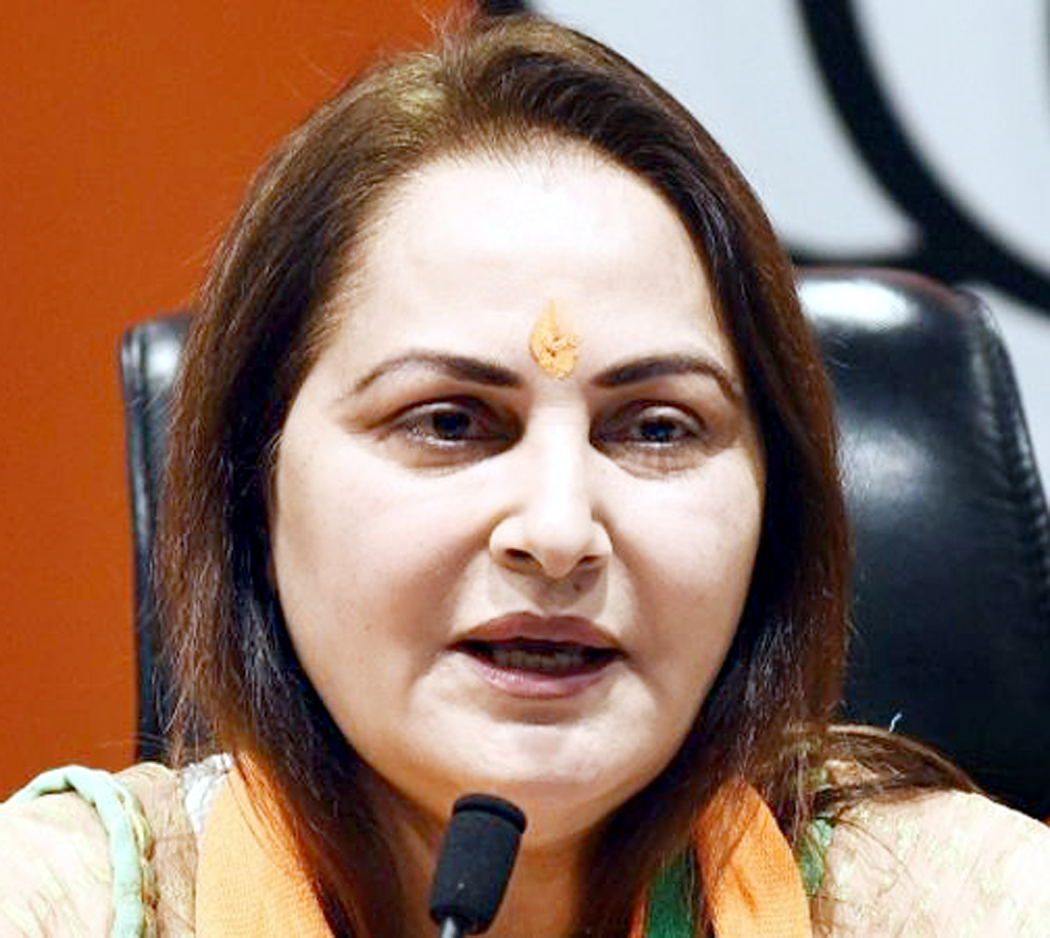 Attacking SP chief Akhilesh Yadav for inaction over his candidate Azam Khan’s “khaki underwear” jibe against her, BJP’s nominee from Rampur Jaya Prada says it could well be the party’s undoing with women in the constituency now turning against it.
The actor-politician said Yadav’s response to Khan’s insensitive remark shows he is “groomed” in an atmosphere where his thinking mirrors that of the veteran SP leader from Rampur.
Jaya Prada, who is taking on Khan in this constituency after switching to the BJP just ahead of the polls, said the reason for his animosity against her could be his insecurity.
“He is a very inferior person, so he doesn’t like women progressing,” the 57-year-old actor-turned politician said.
Asked if she felt hurt by her former party’s patriarch Mulayam Singh Yadav and Akhilesh Yadav not condemning Khan’s remarks, Jaya Prada said she is not hurt but did expect younger leaders to have new and positive thinking.
“But in his (Akhilesh Yadav) presence, Azam Khan made such a stupid kind of statement so there is no expectation from Akhilesh. That means he is groomed in this atmosphere so his thinking is also like that,” she said.
In her view, political discourse has hit an all-time low with Khan’s remark.
“Whatever the comment he has given, all over the country people have started reacting and they are abusing him. But it is very disappointing. I feel very ashamed to have chosen a brother like Azam Khan,” the BJP leader said.
“Maybe it was a wrong choice for me to call him a brother and he proved in reality he is not the person he pretends to be,” she said.
After Khan’s remark, she said she feels all women will vote for her.
Asked if women will vote for her irrespective of caste and religion after Khan’s remarks, she said, “Definitely. Particularly this Rampur election is not about division. Now people have become one. Now Jaya Prada is not fighting (the polls), it is people’s fight.”
People, she said, are trying to protect the dignity of women.
“I am thankful to the women’s commission. I am thankful to the Election Commission. When I appealed to them, they immediately considered it and acted on it,” she said.
If the dignity of women is not protected, there is no meaning of asking for reservation for women, the former Bollywood actor added.
Without naming Jaya Prada, Khan told an election rally in Rampur recently, “…You got represented (by her) for 10 years. People of Rampur, people of Uttar Pradesh and people of India, it took you 17 years to understand her reality. But I could recognize it in 17 days that she wears khaki underwear.”
On Monday, Khan was slapped with a 72-hour poll campaign ban, an FIR and a National Commission for Women notice for the comment. The BJP mounted a sharp political attack, comparing his “disgusting” comments to the disrobing of Draupadi in Mahabharata.
On Khan winning polls in the past despite making controversial comments, Jaya Prada claimed people are “scared” of him.
“People are very innocent here. A lot of people here don’t have jobs and they don’t have much education either. Azam gives a lot of contracts to his own people and so naturally there are many goons with him. People who don’t have education and jobs, they have to listen to him,” she alleged.
This is the “easiest” electoral battle of political career, she said. The toughest was in 2009 because she was “totally isolated” back then, she said.
Speaking to reporters later, Jaya Prada also hit out at Akhilesh Yadav’s wife Dimple for reportedly saying that the Azam Khan issue was a small one.
“Women from across the country are supporting me, apart from Dimple, Jaya Bachchan and Shabana (Azmi),” she said. (PTI)