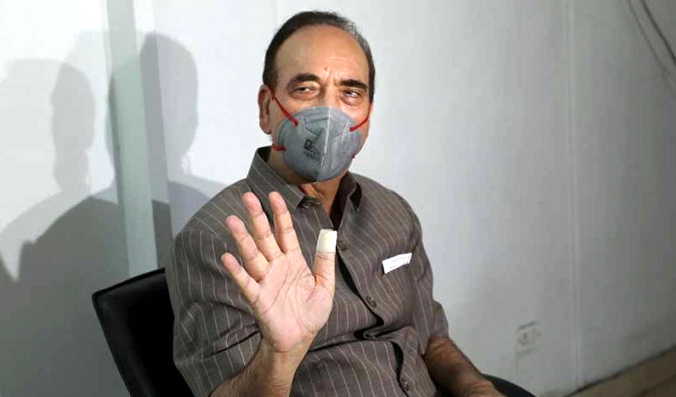 NEW DELHI, Mar 17:
G-23 leader Ghulam Nabi Azad is likely to meet Congress president Sonia Gandhi tomorrow, while members of the dissenting group in the Congress today held a flurry of meetings where they insisted they will fight for revamping the party while staying within its fold.
Sources in the grouping said the leaders, during the parleys, deliberated on steps that they feel are required to bolster the party, and decided to convey to the leadership that their only interest is to strengthen the organisation in order to “save the idea of India” which only a strong Congress can do so.
A day after the Group of 23 pitched for an “inclusive and collective leadership” in the Congress, Bhupinder Singh Hooda, one of its members, met Rahul Gandhi and the two leaders were learnt to have discussed a revamp of the party organisation, a key demand of the dissenters.
The meeting is being seen as an attempt by the Gandhi family to reach out to the G-23, which has shown signs of increasing aggression on the leadership issue after Congress’s abject loss in the Assembly elections in five States.
During the meeting that lasted around an hour and half, they deliberated on the party’s defeat in Uttar Pradesh, Uttarakhand, Punjab, Manipur and Goa, sources said.
Gandhi, a former Congress president, had called Hooda for a discussion on the political situation in Haryana. However, the discussion spilled over to the party’s abysmal performance in the elections in the five states.
Sonia Gandhi had earlier reached out to Azad on Wednesday ahead of the G-23 dinner meeting at his residence.(PTI)