KARACHI, Aug 10: Pakistani vocalist Atif Aslam has been trolled on social media and also criticised by the country’s mainstream media, for singing an Indian song at a Pakistan Independence Day function in New York earlier this month.
Atif, who has lent his voice to many Bollywood songs, sang one of his Indian tracks ‘Tera Hone Laga Hoon’ from the 2009 film “Ajab Prem Ki Ghazab Kahani”, starring Ranbir Kapoor and Katrina Kaif.
This prompted many of his fans back home to question his patriotism and also hit out at him.
A twitter user who uses the handle @sakhwa wrote, “Zero respect for Atif Aslam!”
Another user with @Pakistani09 handle tweeted calling for boycott of the singer.     “Boycott Atif Aslam @itsaadee Ap Ne Dil Tor diya #boycottAtifAslam #AtifAslam.”
However, many like vocalist Shafqat Amanat Ali, who has also lent his voice to some Indian songs, defended Atif.
“I stand in support of Atif Aslam for singing his songs at the parade. Music is not Indian or Pakistani. It’s just music. Singers are synonymous with their songs which are loved equally by fans from every country,” Amanat said.
Film critic, Omair Alavi said people need to remember that Bollywood films and dramas are shown openly in Pakistan in cinemas and on television channels as art, film or music has no boundaries.
“Don’t Pakistanis go to watch Indian films? Are not Indian dramas a regular on our channels,” he questioned. (PTI)
**** 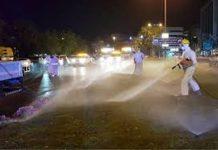 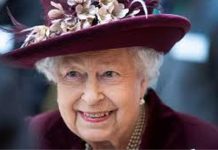