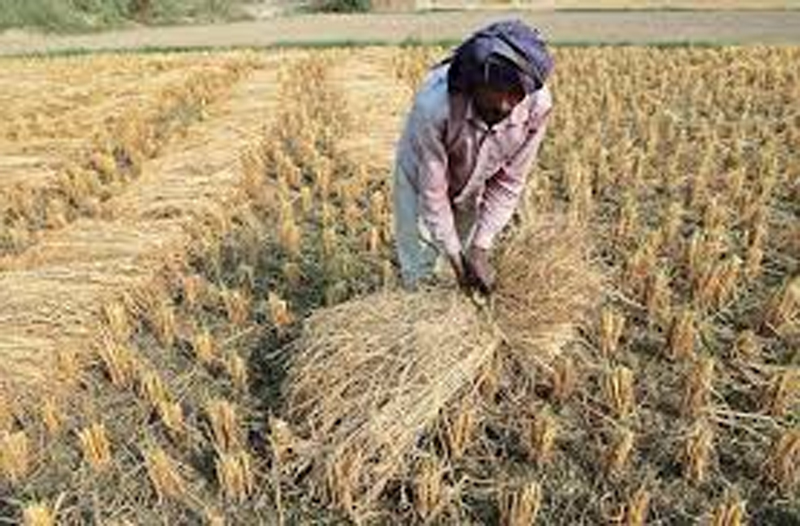 Excelsior Correspondent
Srinagar, Sept 21: With fleeing of non-local workforce from the Valley, harvesting paddy is emerging as a major challenge for the farmers as deficiency of laborers have sent wages skyrocketing.
Every year thousands of workers land in Kashmir during the harvesting season to work in the paddy fields across the Valley. However, they have left the Valley owing to the Government advisory asking the outsiders to leave the State on 2nd August.
The unpredictable situation that development after scrapping the special status to the State and reorganized the State into two Union Territories equally affected the harvesting of the crop.
The workforce deficiency is casting a dark shadow on the harvest as the process has to be completed within a specific time frame. “For the last one week I have been travelling to different areas in search of laborers. After spending nearly one week I was successful to find a few laborers in a far away place. But they were unwilling to work during day time,” Manzoor Ahmad Mir, a farmer from South Kashmir told Excelsior.
His paddy fields are spread over 16-kanals of land and nearly 12 laborers are required to harvest the crop. The whole process would cost him around Rs 11000 but the costs had doubled this time. “This time had to pay double amount for the same work. In addition, the outsiders would work faster and had their own accommodation,” he said.
He lamented that the local laborers demand accommodation and food. “They would not come until food and accommodation is provided to them,” he said.
The farmers now have to rely on the local workforce to meet the deficiency. “The harvesting is done manually so a number of people are required for the job. So far, the laborers from the outside used to help but we have no other choice to tackle the problem with local workforce. It will be a big challenge for us,” Mohammad Shaban said.
The other challenge for the orchardists would be to save the crop from soaring temperatures. “The temperature has decreased for the past week. The harvesting has to be completed within a specific time. An inordinate delay is casting a shadow on the crop,” he said.