SRINAGAR, Aug 14: The Jammu and Kashmir Light Infantry Regimental Centre under the aegis of Chinar Corps on Saturday organised a live band performance to commemorate Independence Day as part of the ongoing Azadi Ka Amrit Mahotsav celebration. The show was organised to give a message for peace in Kashmir.
The continued efforts for Azadi Ka Amrit Mahotsav is an initiative of the Government of India to celebrate and commemorate 75 years of independence and the glorious history of its people, culture and achievements. The enthralling performance was witnessed and appreciated by locals, tourists, youth and children. 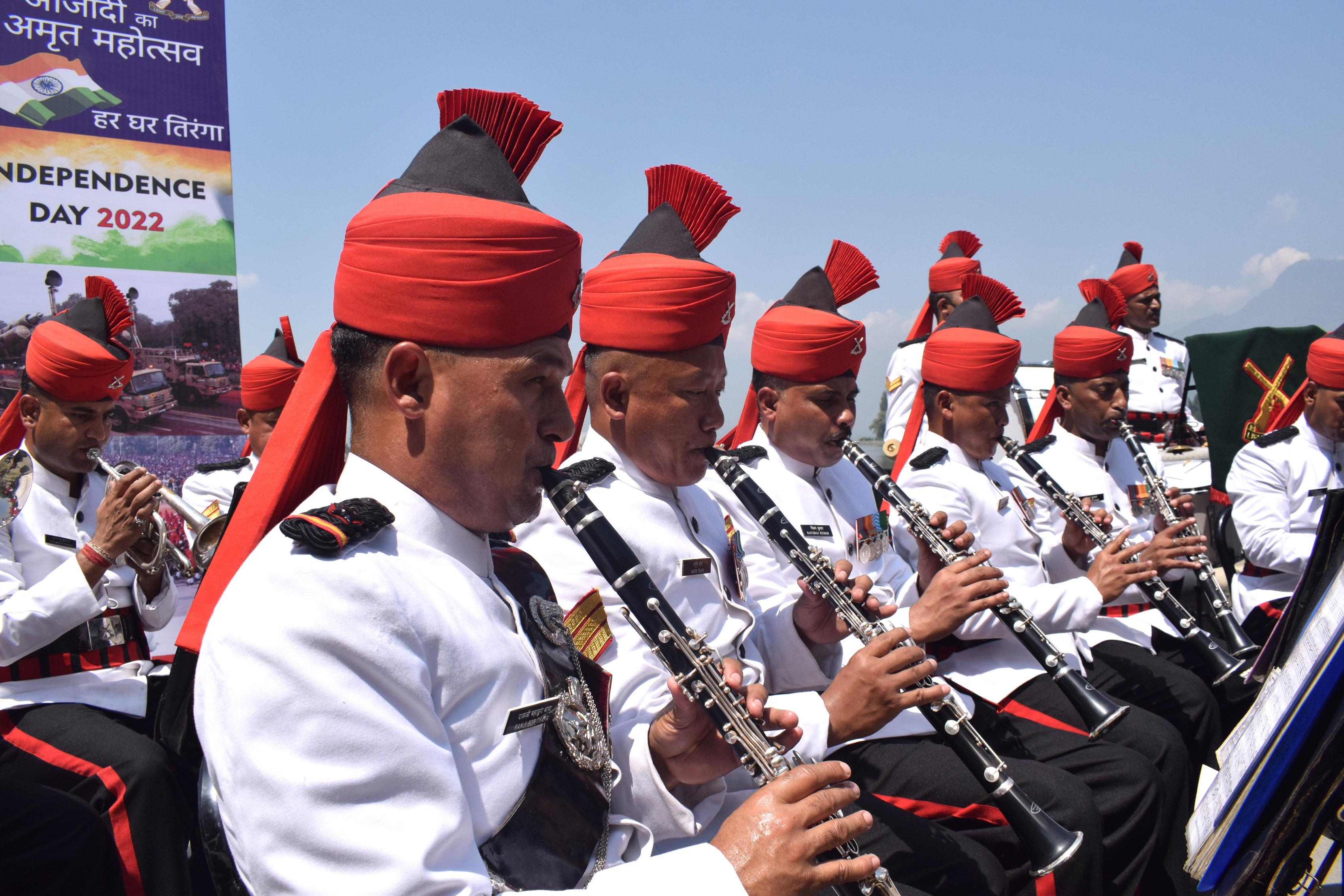 The emotion and patriotic fervour during the event ran high as the performance culminated with ‘Sare Jahan Se Achchha’ tune. Subhedar Major Raghuwar Roy, bandmaster said, “Band’s job in the military is to generate enthusiasm in the soldiers during the war and to stimulate them to win the battle. Bond also instils a sense of love for the country among common citizens. Today’s programme was organised under Azadi Ka Amrit Mahotsav, out of which we have presented many tunes of patriotic songs and we hope people loved it. This tune is presented by the Jammu and Kashmir Light Infantry Regimental Center. Music increases mutual love and connects each other. I want that peace, unity and brotherhood should be maintained here and that is why we have organised this programme here.”
Another bandmaster, Ramji BDR Thapa said that under the Azadi Ka Amrit Mahotsav celebration they have organised a programme for the general public. “We played tunes of patriotic songs like Vande Matram, Aye Mere Watan Ke Logon, Jai Ho, Sare Jahan Se Achchha and others. We hope that the tune we presented is like by the people and we again get a chance to come here and play for the people,” said Thapa.
Azadi Ka Amrit Mahotsav is an initiative of the Government of India to celebrate and commemorate 75 years of independence and the glorious history of India’s people, culture and achievements. This Mahotsav is dedicated to the people of India who have not only been instrumental in bringing India thus far in its evolutionary journey but also hold within them the power and potential to enable Prime Minister Narendra Modi’s vision of activating India 2.0, fuelled by the spirit of Aatmanirbhar Bharat.
The official journey of Azadi Ka Amrit Mahotsav commenced on March 12, 2021, which started a 75-week countdown to our 75th anniversary of independence. (Agencies)