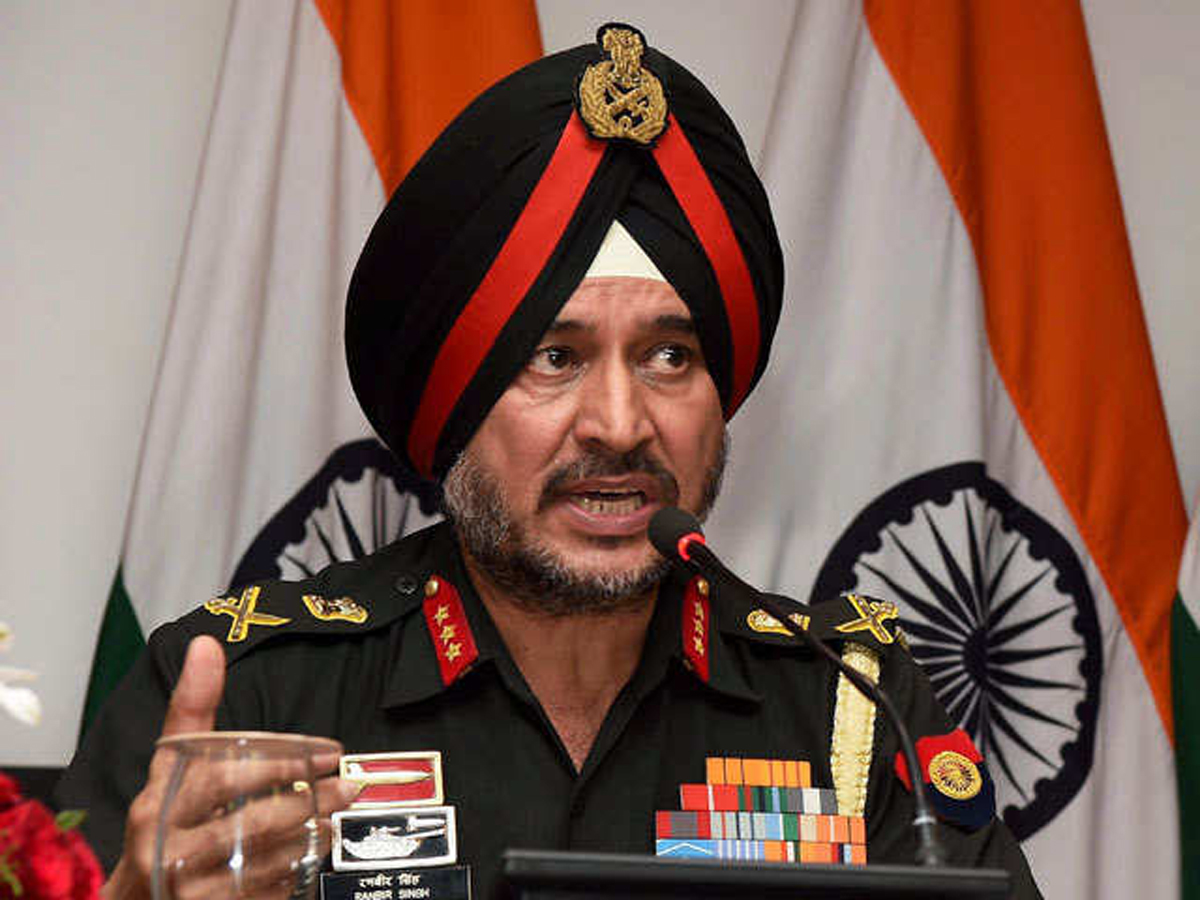 ‘Children of Kashmir Army’s hope’
Excelsior Correspondent
JAMMU, June 20 : General Officer Commanding in Chief Northern Command Lt Gen Ranbir Singh today said that the operations in the State are conducted in a professional and dedicated manners and described children of Kashmir as Army’s hope.
Speaking to reporters on the sidelines of a function at Wazur in South Kashmir district of Anantnag, Lt General Singh said: “The children of Kashmir are our hope. We are sure that in the times to come they will work hard. They have a huge potential and they will become useful members of society and take us on the trajectory of growth and development as far as Kashmir and the nation are concerned.”
Lt Gen Ranbir Singh said there are always some distractions which work against the interests of the country. “It is to the credit of our children, their parents and our teachers that we have been able to ensure that there has been no disruption in the education, which we are trying to impart to the children in these schools,” he said.
Click here to watch video
The Army Commander said that Army operations in the State are conducted in a professional and dedicated manner as forces have a code of conduct which values human dignity.
“We have a very strong code of conduct which values human dignity and the values of society. So I wish to assure you that all the operations by the Army in Jammu and Kashmir are being carried out in a professional and dedicated manner,” he said.
Responding to a question, he said that wherever there are actions to be taken, those are taken at appropriate levels.
The Army Commander spoke this at Army Goodwill School, Wuzur, which has been renamed after Lance Naik Nazir Ahmad Wani, who was awarded Ashok Chakra posthumously in January this year.
Nazir was martyred in an anti-militancy operation at Batagund in Kulgam district on November 25 last year. Six militants were killed in the operation.
Nazir was awarded Ashok Chakra for his role in the operation, thereby becoming the first person from the Kashmir to be awarded the highest peacetime gallantry award of the country.
“It is a matter of great pride for us today to be here at Army Goodwill School at Wuzur because today we have dedicated this school to pay homage to our martyr late Lance Naik Nazir Ahmad Wani, who was a recipient of Ashok Chakra, India’s highest peacetime gallantry award.
“He was also two times recipient of the Sena medal for gallantry by the Government of India,” Lt Gen Ranbir Singh said.
The Army Goodwill School Wuzur was renamed “Shaheed Lance Naik Nazir Ahmad Wani, Ashok Chakra, Sena Medal Army Goodwill School Wuzur”. The ceremony was also attended by Lieutenant General Kanwal Jeet Singh Dhillon, the Chinar Corps Commander, Mahajabeen, Nazir’s wife, civil dignitaries, student alumni and parents among others.
Army Goodwill School Wuzur, opened in 1998, was chosen for the great honour as it is located just 14 km from Ashmuji, the native village of Late Lance Naik Nazir Ahmad Wani. “It has been a centre of academic excellence in South Kashmir and has nurtured scores of students from that area on the righteous path and glory”, army said.
Speaking on the occasion, Lt Gen Ranbir Singh said that “through this renaming, we wish to pay our homage to this great martyr and the real hero, the first Ashok Chakra winner from Kashmir”.
He also expressed happiness on the participation of Mahajabeen in the ceremony.
He also made a reference of other achievers and heroes of Kashmir such as Lt Umar Faiyaz, Inspector Arshad Khan, SHO of Anantnag and Rauf Ahmad Dar, a tourist guide who scarified life to save tourists.