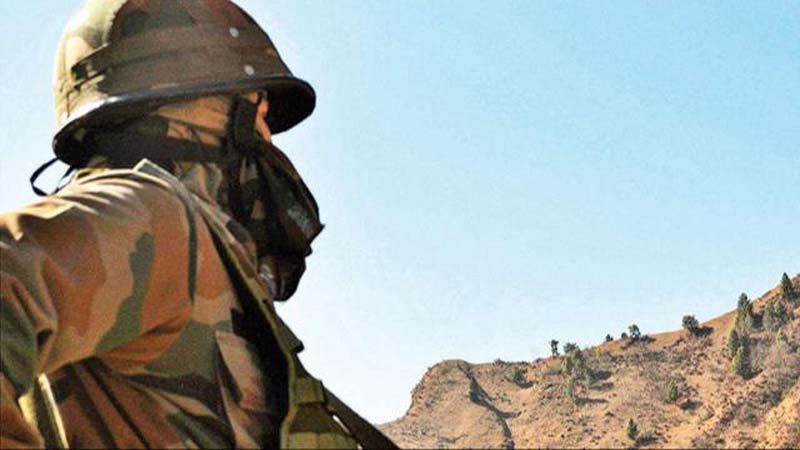 Excelsior Correspondent
SRINAGAR, Mar 8: An Army personnel, who was on leave, was abducted from his home in Central Kashmir district of Budgam tonight.
Mohammad Yaseen Bhat son of Ghulam Mohammad Bhat of JKLI was abducted by militants from his residence at Qazipora Chadoora in Budgam district tonight.
Sources said that the militants barged into his house and abducted him at gun point. Security forces rushed to the area and massive searches have been launched.
Meanwhile, normal life remained disrupted today due to strike called by separatists to protest against ban on Jamaat-e-Islami, arresting its leadership and activists, PSA on Mohammad Yasin Malik and attempts to fiddle with the State subject law.
Shops, business establishments and petrol pumps remained closed today while as the traffic was also skeletal on the roads.
Security forces imposed restrictions in Srinagar to prevent any protests and violence. The restrictions under section 144 were imposed in parts of Srinagar. It was imposed in areas falling under the jurisdiction of police station Mahraj Gunj, Safa Kadal, Khanyar, Nowhatta and Rainawari in downtown and also in Maisuma area of uptown Srinagar.
Police and paramilitary troopers were deployed in large number in the areas where restrictions were imposed. Security forces had erected iron barricades and concertina wire to block roads.
For the second consecutive week today, the Friday congregational prayers at Jamia Masjid were disallowed by the authorities today.
A large numbers of security forces personnel were deployed around Jamia Masjid here while as all the gates of historic Masjid remained closed today.
The head cleric of the Masjid and Hurriyat Conference (M) chairman, Mirwaiz Umar Farooq who continued to remain under house arrest since last evening was barred from leading prayers today at the Jamia Masjid.
Mirwaiz said that Jamia Masjid remained closed for the prayers for the second consecutive week today. “For the 2nd consecutive week mandatory Friday prayers barred at #JamaMasjid Srinagar by the ruling regime. Restrictions Imposed in #ShareKhaas, People caged in homes, leadership either under #HouseArrest or jailed under PSA,” Mirwaiz tweeted.
Meanwhile, Hurriyat Conference workers and activists staged a protest at Maisuma after Friday prayers to demand release of JKLF chief Yasin Malik and revocation of ban on Jama’at-e-Islami.
Scores of leaders and activists gathered at Maisuma and raised slogans and demanded the release of Malik, who was booked under Public Safety Act and shifted to Kot Bhalwal jail in Jammu yesterday.
The protesters also demanded the revocation of ban on JeI and release of all political prisoners lodged in various jails in and outside the State.