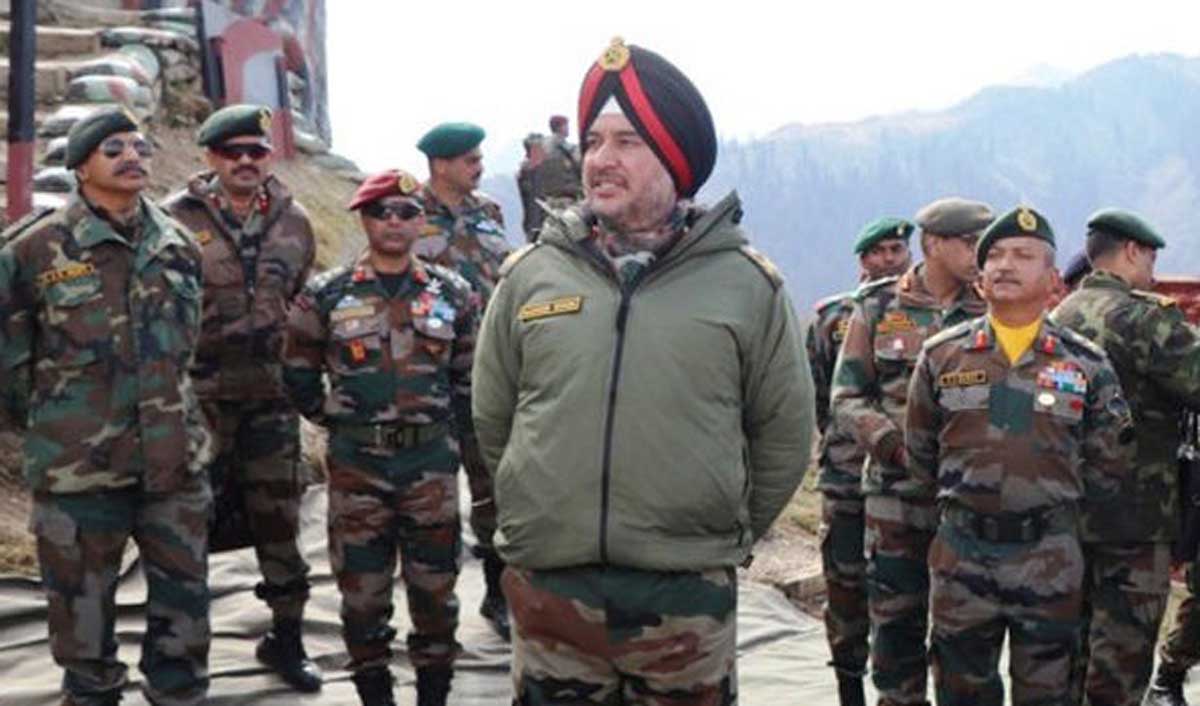 SRINAGAR, Oct 30: Northern Army Commander, Lt General Ranbir Singh today visited Line of Control (LoC) in Kashmir ahead of winter when mountain passes close due to heavy snowfall and chances of infiltration of militants from Pakistan into Kashmir decreases.
Accompanied by the Chinar Corps Commander Lt Gen AK Bhatt, the Army Commander visited forward posts in the frontier districts of Kupwara and Baramulla, where he was briefed on the counter infiltration grid and operational preparedness of the Army formations and units.
Lt Gen Singh was given a detailed presentation about the counter-infiltration measures taken by the Army along the LoC in Baramulla and Kupwara. He was told that despite tight vigil along the LoC, over 100 militants managed to sneak into Kashmir due to tough terrain.
He was also told that army working on the intelligence reports and due to tight vigil foiled many infiltration attempts in which dozens of infiltrators were neutralised. The Field Commanders informed the Army Commander that the Pakistan troops are giving cover to the infiltrators.
The Army Commander was told that the vigil along the LoC has been increased as over 250 militants are waiting on the launch pads for infiltration before the heavy snowfall that acts as a natural barrier for infiltration.
Later in the day, the Army Commander also visited the High Altitude Warfare School (HAWS) in Gulmarg and interacted with the troops undergoing specialised training in snow-craft and winter warfare. He commended the high standards of training provided by HAWS, which is an epitome of specialised training in mountain, high altitude and snow warfare.