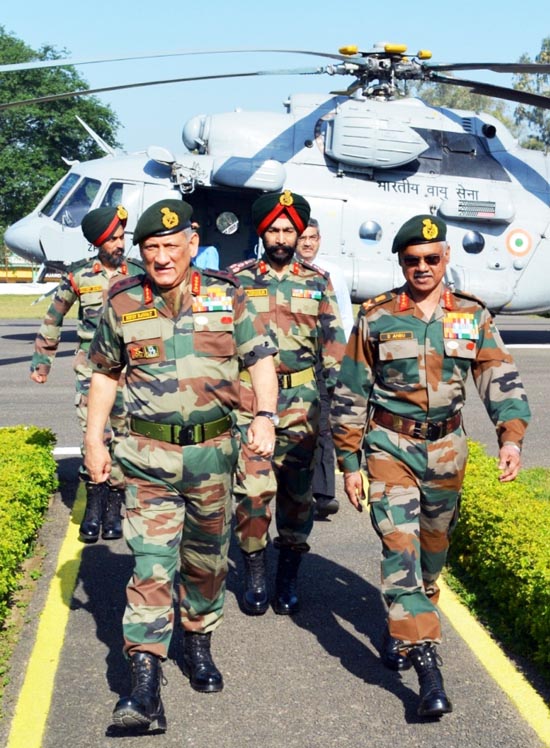 Gen Rawat, who was on a two-day visit to J&K, had visited forward areas bordering China in the eastern Ladakh region yesterday.

He was briefed by Lieutenant General D Anbu, GOC-in-C, Northern Command, on the overall security situation along the Line of Control and the hinterland in the command theatre, the spokesman said.

The Army Chief interacted with senior military commanders and took a firsthand assessment of the prevailing operational conditions and preparedness, the spokesman said. (AGENCIES)