NEW DELHI, JULY 28: Army Chief General Manoj Pande on Thursday held extensive talks with the chief of Maldivian defence forces Major General Abdulla Shamaal, focusing on ways to further strengthen bilateral defence and security cooperation.
Major Gen. Shammal is currently on a visit to India.
The Maldives is one of India’s key maritime neighbours in the Indian Ocean Region and the bilateral defence and security ties have been on an upward trajectory in the last few years.
“Gen. Manoj Pande #COAS extended a warm welcome to Maj Gen Abdulla Shamaal, Chief of Defence Force, @MNDF_Official and discussed ways to strengthen the #DefenceCooperation between the two countries,” the Army tweeted.
In March, External Affairs Minister S. Jaishankar, during a visit to Male, handed over a coastal radar system to Major Gen. Shamaal.
India and Maldives share common perspectives on maritime security issues in the Indian Ocean and have been working together to expand defence cooperation.
In April, Navy Chief Admiral R. Hari Kumar travelled to the Maldives and met Maldivian President Ibrahim Mohamad Solih and other senior leaders of the island nation to further boost maritime security cooperation.
Development cooperation has been a key pillar of the India-Maldives relationship with New Delhi providing Lines of Credit of over $1.2 billion for infrastructure and grants for community development projects to the island nation.
In August last year, the island nation sealed a contract for the implementation of an India-funded connectivity project, billed as the largest infrastructure initiative being rolled out in the island nation.
Under the Greater Male Connectivity Project (GMCP) project, a 6.74 km long bridge and causeway link will be built to connect capital city Male with adjoining islands of Villingli, Gulhifalhu and Thilafushi.
Funded under a grant of $100 million and a Line of Credit of $400 million from India, it will be reportedly the largest infrastructure project in the Maldives. (Agencies) 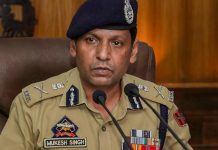 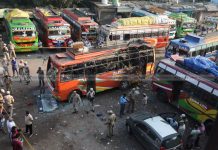 Blast at bus stand in J&K’s Udhampur city, 2nd one within hours; no casualty reported