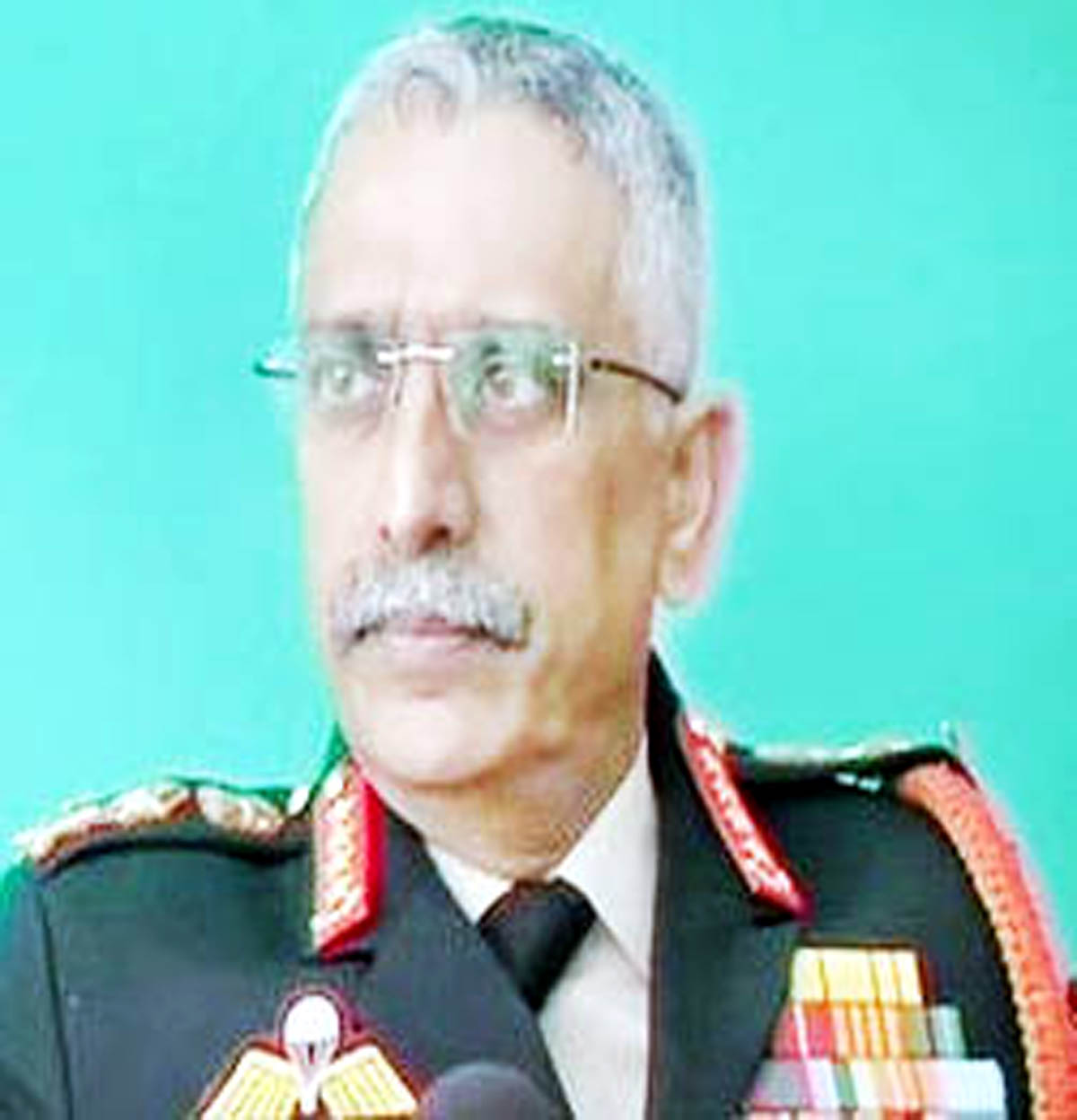 New Delhi, Mar 27: Army chief Gen Manoj Mukund Nara-vane today launched an initiative chri-stened ‘Op-eration Na-maste’ to extend all possible assistance to the government in containing the spread of Coronavius and insulate the 1.3 million strong force from the pandemic.
He also asked all Army personnel to take prescribed precautions against the virus and assured soldiers and officers deployed along borders with Pakistan and China that special care is being taken of their families in the wake of the pandemic.
“I would request everyone to take care of themselves and their families. Your safety is my first responsibility,” the Army Chief said.
“I want to assure all the soldiers posted on the borders that we will take special care of your families. We will achieve success in the ‘Operation Namaste’,” he told reporters.
Gen Naravane also conveyed to the families of the soldiers guarding India’s borders with Pakistan and China that the Army is taking care of its personnel serving the country in this difficult time.
A senior Army official said isolation wards are being set up at hospitals in formations along the border areas besides launching communication campaigns for the soldiers and officials.
The Army is also curtailing leave to bare minimum for those deployed along the border while extending leave of those who are already on leave, said the official adding “segregation facilities” have been set up to observe troops already returned from leave from various states.
“As the Army chief, it is my priority to protect my force. We all will have to stay away from this disease. We will be able to serve the nation when we are away from the disease,” Gen Naravane said.
He said that social distancing among the Army personnel may not be possible to implement in key formations due to tactical and operational reasons.
Because of this, he said it was important for Army personnel to keep themselves safe and fit.
Under ‘Operation Namaste’, the Army has issued series of directives to all its bases to insulate the force from the coronavirus. The Army headquarters issued a number of advisories in the last few weeks to deal with the situation.
“To fight this problem (Coronavirus), the Government has taken several special steps. In this fight, it is our duty to help the Government and civil administration,” the Army chief said.
The Army has already set up command-wise helpline as part of measures to deal with any possible eventualities arising out of the pandemic.
As of now, the Army has reported one case of a serving soldier testing positive.
“He was on leave at his home in Leh, taking care of his father who had returned recently from Iran and suffering from COVID-19,” said Director General of Armed Forces Medical Services Lt Gen Anup Banerjee.
A total of 28 service hospitals have been identified for dealing with Coronavirus cases including civilian patients.
Banerjee said the Army is ready to dispatch a RRT (Rapid Response Team) to Nepal for assisting the country to deal with COVID-19 cases.
“Other assistance as sought from Ministry of External Affairs/ Ministry of Defence for other countries will be provided as and when required,” he said. (PTI)