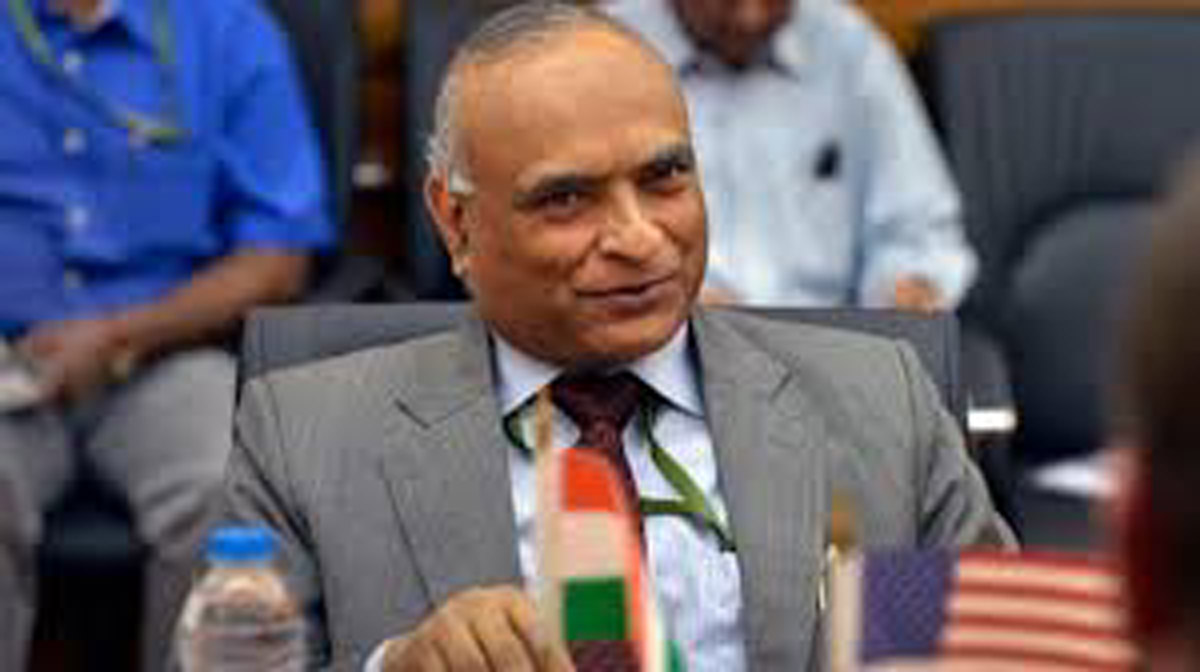 Ladakh LG meets Shah twice in 2 days
*Top Army Comdrs review situation
Sanjeev Pargal
JAMMU, May 29: Indian Army has braced up for long haul in sensitive areas along the Line of Actual Control (LAC) with China in Eastern Ladakh and will be seeking restoration of status quo even as Lieutenant Governor of Ladakh Radha Krishna Mathur today met Union Home Minister Amit Shah in New Delhi and briefed him on situation prevailing along de-facto border with China. Just few days back, Mathur had briefed Prime Minister Narendra Modi on the situation and is scheduled to meet Defence Minister Rajnath Singh also.
This was second meeting of Mathur with Shah in the past two days and assumed significance as it comes at a time when Sino-Indian troops were stationed in an eyeball-to-eyeball position at Galwan Valley and Pangong Tso Lake along the LAC in Eastern Ladakh with no signs of immediate de-escalation as the Indian side was also showing aggressive postures and was preparing for long stay in the mountainous areas
Union Home Secretary Ajay Bhalla, Advisor to Ladakh LG Umang Narula and Additional Secretary in Ministry of Home Affairs, Incharge Jammu and Kashmir and Ladakh Gyanesh Kumar were also present at the meeting.
Officials, however, said Mathur briefed the Home Minister on COVID-19 situation, steps being taken by Ladakh administration to contain spread of the virus and deployment of senior-level officers in the Union Territory
Mathur’s earlier meeting with the Prime Minister and two meetings with the Home Minister came even as top Army Commanders among other issues deliberated on situation along LAC with China with special reference to Eastern Ladakh.
An official statement, however, said during the two meetings, the Lieutenant Governor shared the Ladakh experience of COVID-19 and the coordinated efforts put into containing the virus spread.
Mathur apprised the Home Minister about the measures being taken to ensure effective management and strict adherence of government protocol of social distancing and other precautionary guidelines of COVID-19 in the region.
He informed Shah that new COVID-19 cases are on the rise in Ladakh and this is mostly being detected among about 16,000 people who came back to the Union Territory recently from different parts of India.
Only yesterday, Ladakh had reported 20 Corona positive cases taking total number to 74 and active to 31 as 43 Corona patients have been treated and discharged in the Union Territory.
In the meeting, various developmental and administrative issues related to the Union Territory were taken up and discussed, the statement said.
The LG made requests for additional senior-level officers to augment the administrative strength in Ladakh and the officers who have opted for Ladakh may be permanently allocated to the Ladakh UT.
He requested for early implementation of recommendations put by the Advisory Committee and to fast track the domicile rules for Ladakh in order to enable recruitment.
The LG requested for deployment of CISF for Leh Airport and in the NHPC Power Projects at Nimo-Basgo and Chutuk.
He also made a request to maintain the reservation for students from Ladakh in professional colleges in Jammu and Kashmir, in view of the recent amendment in Jammu and Kashmir rules according to which the special reservation quotas for Leh and Kargil districts have been removed.
Meanwhile, the top Army Commanders continued deliberations on various aspects of security challenges during three-day conference which concluded today.
In a brief statement, the Army did not mention the specific issues discussed at the biannual event.
However, sources said review of the situation in eastern Ladakh where Indian and Chinese troops are engaged in a tense standoff was a major focus area of the discussion.
Sources said the leadership of the Indian Army decided that Indian troops will continue to maintain their aggressive posturing in all areas like Pangong Tso, Galwan Valley, Demchok and Daulat Beg Oldie in Eastern Ladakh and will not wilt under any Chinese pressure.
They said India was ready for a long-haul in the sensitive areas and will press for restoration of the status quo along the Line of Actual Control, the de-facto border between the two countries.
The conference also extensively deliberated on the situation in Jammu and Kashmir after its special powers were withdrawn and the erstwhile State was bifurcated into two Union Territories of Jammu and Kashmir and Ladakh, they said.
“Over three days, the Indian Army’s apex leadership deliberated upon various aspects related to existing and developing security challenges,” the Army said.
The Chinese army is learnt to have deployed around 2,500 troops in Pangong Tso and Galwan Valley besides gradually enhancing temporary infrastructure and weaponry.
India has been bolstering its presence by sending additional troops and artillery guns in the areas where standoff persisted.