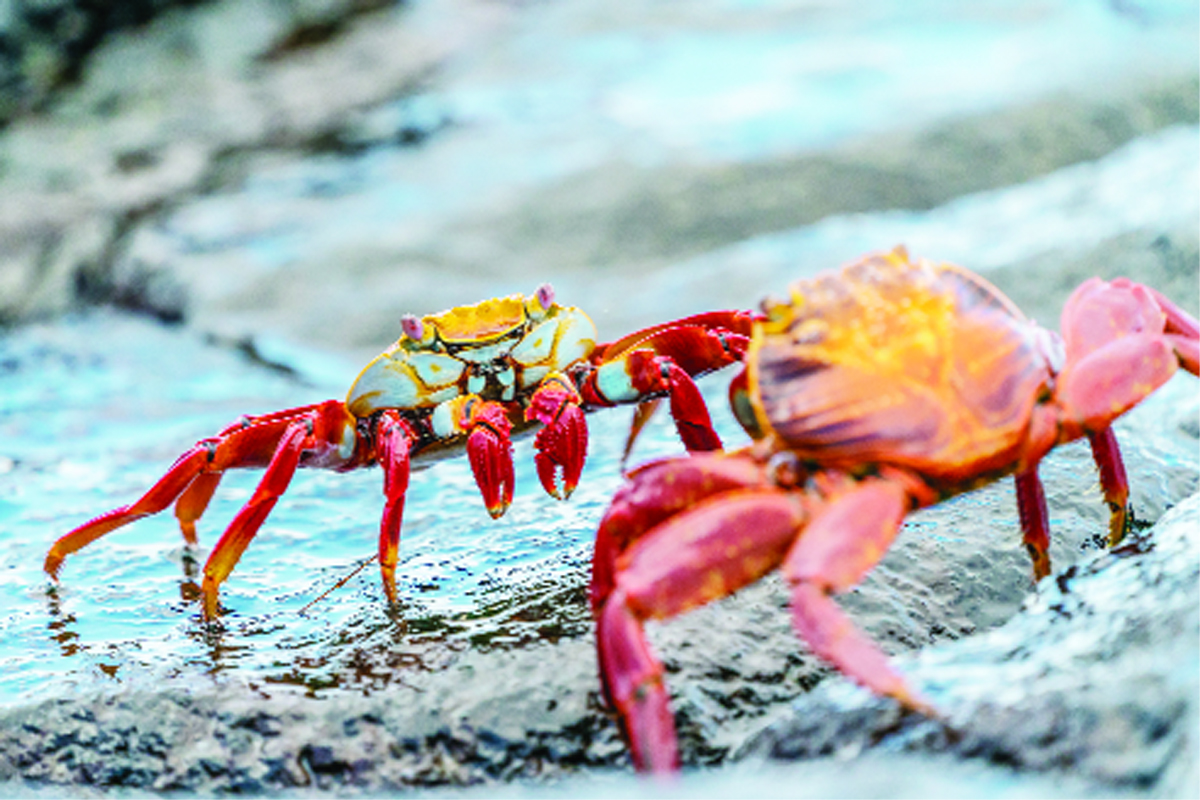 Dr Priya Manhas
Aquaculture, also known as aqua farming, is the farming of aquatic organisms such as fish, crustaceans, molluscs and aquatic plants. Aquaculture is concerned with the propagation and rearing of aquatic organisms under complete human control involving manipulation of at least one stage of an aquatic organism’s life before harvest, in order to increase its production. Aquaculture has made encouraging progress in the past two decades producing significant quantities of food, income and employment. This sector has however, remained unexplored in our state (J&K) which too has tremendous aquaculture potential. Aquaculture in general and shellfishes in particular have not received any attention till now.
Shellfish is a culinary term for exoskeleton bearing aquatic invertebrates used as food including various species of molluscs, crustaceans, and echinoderms. Despite the name, shellfish are not a kind of fish but simple water dwelling animals. Shellfish in general and crustaceans like prawn and crabs, in particular, are a good source of organic and inorganic constituents.
Freshwater prawns are important in the capture and culture fisheries scene and are extensively distributed in freshwater and estuaries of the world mostly in tropical and subtropical belts. Many species are of regional or local fishery importance, however only half a dozen species of genus Macrobrachium are of major economic value in India. Prawn represents a very important fishery resource and is strongly exploited by local communities.
In India, millions of people suffering from malnutrition, prawn has become the major source of animal protein to the low income earners due to its low price and availability. Freshwater prawns i.e., Macrobrachium dayanum and M. kistensis are readily available in the local water bodies of Jammu region. In comparison to other fresh and marine water prawns, it is, no doubt of smaller size but at par with them in terms of nutritional and clinical significance. Its high nutritional status, therefore, overpowers its size limitation constraint.
The freshwater crabs are distributed throughout the tropical and sub-tropical regions of central and South America, Africa, Madagascar, Southern Europe, Australia and India. Though the importance of crabs as a source of protein rich food for the growing population of India especially in the coastal sector, and also as an excellent raw for seafood products for export purpose is increasingly recognized in the country in the recent years. But the limited utilization of shellfishes (crab) in our state is due to conservative food habits and lack of knowledge about the nutritive value of crabs.
Two species of freshwater crabs have been reported viz. Maydelliathelphusa masoniana (Henderson) and Himalayapotamon emphysetum (Alcock) from the local water bodies of Jammu region i.e., Gho-manhasan, Sarore, Gadigarh and Ban-ganga, Sunderbani, Jajjarkotli, Poonch, Chenani respectively.
The chemical composition and nutritional properties of these locally available decapods crustaceans is at par with their marine counterparts. The presence of high protein and lipid content in the tissues of the fresh water prawn and crabs, reflect that the tissue is highly rich in potential energy containing substances. From the investigated studies, it has been recorded that these crustaceans are important source of mineral elements and therefore, have good effect on human health as calcium and iron are the basic components to maintain an optimal bone development, and are required during childhood and growing stages to prevent rickets and osteomalacia disorder.
The prime objective of this research article is to bring it to the notice of the Government of India that J&K too has tremendous aquaculture potential in general and shellfish in particular.
Attempts should therefore be made to harness these energy rich organisms and make it available to the local communities at cheaper rates to overcome protein deficiency to some extent because a section of people in our state suffer from malnutrition. The culture of these crustaceans will definitely add to the economy of the state which attracts tourists from various parts of the globe and India. It can also contribute as one of the best livelihood options for local fisherman.
(The author is Lecturer Department of Zoology, P. G College for Women Gandhi Nagar, Jammu)