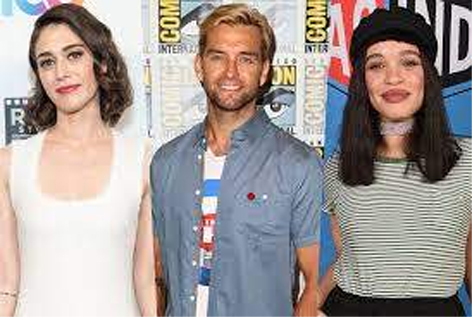 Los Angeles, Sep 16: “The Boys” star Anthony Starr and actor Lizzy Caplan will star in Lionsgate’s upcoming horror thriller “Cobweb”.
To be directed by Samuel Bodin, the film will also feature actors Cleopatra Coleman and Woody Norman in pivotal roles, according to The Hollywood Reporter.
The story is centred around a small town where a young boy hears a mysterious tapping from inside the walls of his home and suspects his parents are hiding a terrible secret.
Starr, who currently features as evil superhero Homelander on Amazon series “The Boys”, will portray the father of the child, while Caplan will play the role of the mother.
Norman will star as Peter, a timid boy, and Coleman will portray Miss Devine, Peter’s substitute teacher, filling in at the local elementary school.
Chris Thomas Devlin has penned the script for the movie, which will be produced by Roy Lee through his Vertigo Entertainment banner, and Seth Rogen, Evan Goldberg and James Weaver through Point Grey.
The film is expected to start shooting in Bulgaria after the studio wraps production on another feature “The Devil’s Light”. (PTI)