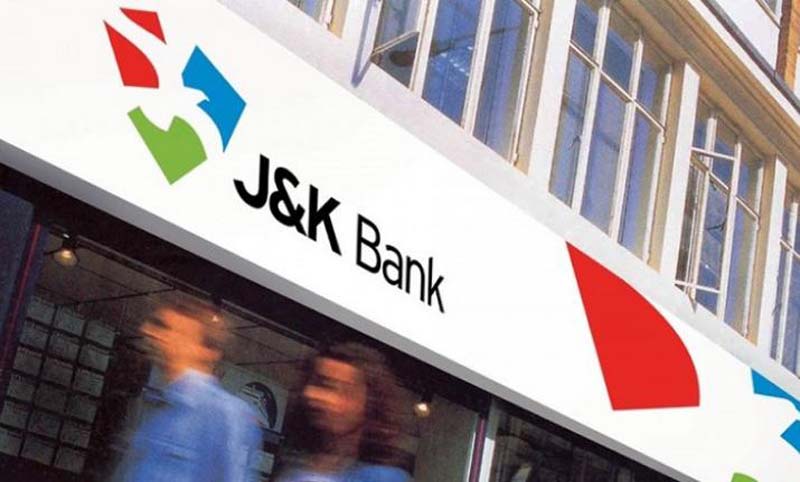 Excelsior Correspondent
JAMMU, Aug 16: The Anti-Corruption Bureau (ACB) has registered a fresh case in the loan fraud worth over Rs 350 crore in Jammu and Kashmir Bank and conducted searches at different places in Bengaluru.
The searches were conducted at residential premises and office of Anish Mohd Rawther, the Promoter-Director-cum-Managing Director of S A Rawther Spices Private Limited, in the Karnataka capital, a spokesman of the Anti-Corruption Body said here.
This is the third case registered by the ACB in the case in the past 10 days.
“An FIR under various Sections of the Prevention of Corruption Act and the Ranbir Penal Code has been registered against management, officers and officials of J&K Bank, along with the beneficiary involved in financial irregularities or loan fraud worth Rs 352.72 crore,” a spokesman of the Anti-Corruption Body said here.
On August 7, two cases were registered in loan frauds worth about Rs 600 crore in the bank involving a different beneficiary, a Delhi-based businessman.
“During investigations, the team of ACB obtained search warrants from the Anti-Corruption Court in Srinagar which was endorsed by the court concerned in North Bengaluru and, thereafter, conducted extensive searches at the residential premises and office of Rawther in assistance with local police, magistrate and independent witnesses.
“During the searches, various incriminating documents and electronic evidence were recovered and seized by the team,” the spokesman said.
He said the management at the Corporate Headquarters and zonal office in Bengaluru and officers and officials of its branch on Infantry Road gave loans worth crores of rupees to the firm bypassing all norms and procedures.
“During the course of verification, it came to fore that Rawther Spices…was dealing in import and export of spices and coffee. During year 2002, the company approached J&K Bank Branch Infantry Road Bengaluru for obtainment of loan and the bank initially sanctioned loan amount of Rs 2 crore against collalateral security of three properties valued at Rs 10 crore,” the spokesman said.
In the subsequent years from 2012 onwards, he said the bank increased limits of different types of loans enormously which rose up to Rs 308.13 crore in 2015 against increased mortgage or security value to Rs 147.43 crore only.
The then Branch Manager, Shamim Ahmed Haji of Sopore in North Kashmir, processed and facilitated approval by J&K Bank headquarters against collateral property highly disproportionate to the loan amount, the spokesman said.
He said the loan amount of Rs 308.13 crore was increased by passing all norms and safeguards laid down by the bank.
The company failed to repay loan on regular interval and when account of the firm was declared NPA in September 2017, net amount Rs 285.81 crore is outstanding with the company, besides unapplied interest of Rs 66.91 crore against mortgaged collateral property valued at Rs 171 crore, the spokesman said.
During the same period, he said the firm also borrowed Rs 16.5 crore from HDFC Bank and Rs 25.00 crore from RBL Bank and provided mortgage to these two banks against the property already mortgaged to J&K Bank.
During his period of posting as branch head, Haji also processed the file for withdrawal of three prime properties — shopping complex at Yeswanthpur, industrial property at Gorur and four acres of land adjacent to Hindpur, as mortgage and exchanged these properties with new properties such as village Sagu land and abandoned coffee estate located at village Virajpet having less market value, the spokesman said.
He said the then branch manager in connivance with MD of company Anish Mohd Rawther managed to valuate these exchanged properties at higher price justifying the release of prime properties valued higher than exchanged properties.
Officers and officials of the bank in connivance with the promoter-director of Rawther Spices Private Ltd has caused loss to the State exchequer to the tune of Rs 352.72 crore, he said.