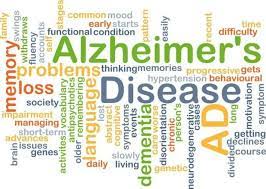 Bradford, Nov 24: Around 55 million people, globally, have dementia – the most common type being Alzheimer’s disease. Unfortunately, there is no cure for the memory-robbing disease. But a lot of hope was pinned on an experimental drug called gantenerumab.
A press release, recently issued by the drug’s maker, Roche, did not bring good news. The injectable drug had no meaningful effect on either the symptoms of Alzheimer’s or on the brain markers of the disease – a protein called amyloid.
Gantenerumab is an antibody that binds itself to amyloid, a sticky protein that clumps together and accumulates in the brains of those with Alzheimer’s. The binding of the antibody to amyloid activates the brain’s natural defences, which then removes the amyloid.
Smaller trials of gantenerumab supported this approach as there was a positive effect on symptoms and a reduction in amyloid clumps.
But the latest large-scale study has failed to replicate this earlier success, once more raising questions about the validity of targeting amyloid.
What causes Alzheimer’s disease is still not known, but the most popular explanation is the so-called “amyloid cascade hypothesis”.
Proposed 30 years ago, the hypothesis described a series of events that culminates in Alzheimer’s disease.
Scientists based the hypothesis on changes they had noticed in the brains of people with Alzheimer’s disease as well as on genetic evidence from families where successive generations had developed Alzheimer’s.
The changes they noticed in the brain were the accumulation of clumps of amyloid protein called plaques, and the accumulation of tau protein called tangles.
The hypothesis posits that the formation of amyloid plaques is the initiating process of the disease. The plaques then interact with other brain cells and blood vessels, impairing their normal function, developing tangles and ultimately killing neurons (brain cells).
Over the past 30 years, scientists have refined the hypothesis as new information on the biological processes underlying Alzheimer’s disease were discovered. So targeting amyloid seems a logical focus of drug makers.
The disappointing results for gantenerumab are just the latest in a long line of reported failures of drugs that target amyloid clumps. These repeated failures (14 in total), with the few studies reporting positive outcomes (two in total), fuel the debate about whether targeting amyloid removal is a valid approach.
Proponents of the amyloid cascade hypothesis can argue that the failure of experimental drugs can reflect specifics of the trial designs, for example, how the drug is administered, or the stage of the disease at which the drugs are given.
While opponents may argue that other changes in the brain, such as tau tangles, are more closely associated with dementia symptoms and are more valid targets, or that the amount of amyloid is poorly associated with symptoms.
The debate is not over and will not be settled by further reporting of positive and negative trial outcomes. It is meaningless and detracts from the pressing question of what causes Alzheimer’s disease. Amyloid is clearly associated with the development of Alzheimer’s disease, as are many other proteins. But has the focus on amyloid detracted from other potential targets? Other hypotheses exist, but have these been sufficiently tested?
We can infer the answers to these questions from the list of Alzheimer’s drugs that are being developed.
There are currently 143 drugs in 172 clinical trials of treatments for Alzheimer’s. Of these, 119 drugs are described as “disease modifying”.
That is, they are designed to change the underlying biology to affect the course of the disease – rather than just treat symptoms. Of the 119 disease-modifying drugs, only 20 have amyloid as the primary target.
Most researchers accept that there is no single cause of Alzheimer’s disease. It is established that the symptom profile and extent of underlying changes in the brain are unique to each individual with Alzheimer’s – albeit with some common features.
Targeting a single feature is unlikely to yield major effects on the course of Alzheimer’s disease, but the depth and diversification of current therapies on the drug development pipeline suggest we are on the right path to understanding and treating Alzheimer’s. And in doing so, we will also answer the only question that counts: what causes Alzheimer’s disease?(The Conversation)
(AGENCIES)