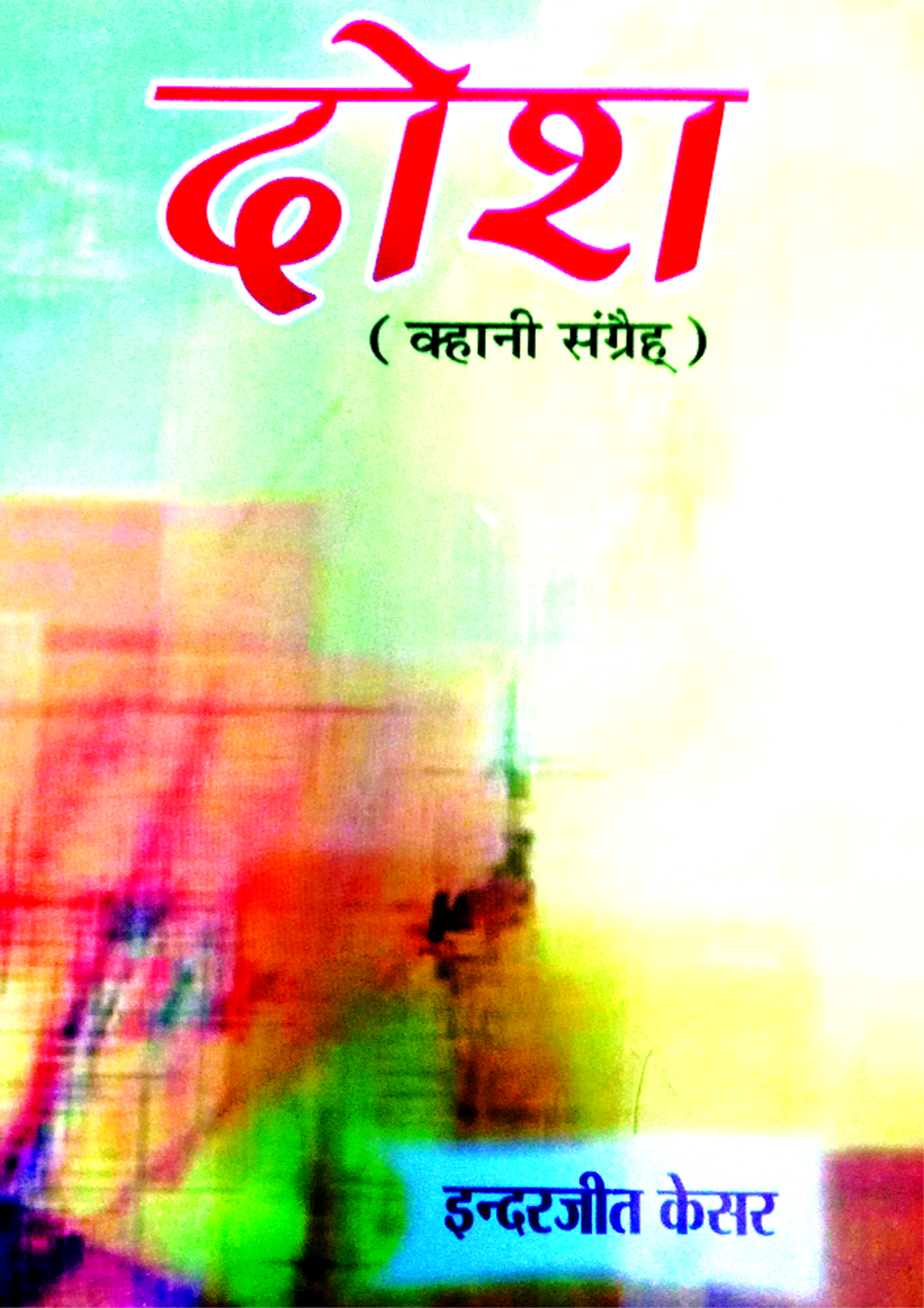 Susharma
DOSH (Jai Mata Prakashan, Jammu, pages 165, price Rs.400/-), the Sahitya Akademi Awardee Inderjeet Kesar’s collection of short stories in Dogri, affords an emotional look at life. The 21st of his published works and the second amongst his short story collections, DOSH has ten stories. Building his stories on the characters from a cross-section of society, the author feelingly mirrors the human situation.
In the first story, DOSH (‘Failing’), the elderly protagonist Daulat Ram is a retired public servant. An upright and helpful man, he has been liberal within his means with everyone. But with the diminishing of resources after his retirement, he is made to feel irrelevant even by the members of his own family.
At the moment of his death he realizes his biggest failing in the life. ‘I could neither go the way the others around me had gone, nor was I able to persuade them to follow my path,’ he records in his journal (p.25).’ What sustains the reader’s interest in this otherwise simple story is that it has been made out to be a mystery tale, with a dutiful police sub-inspector thrown in to investigate Daulat Ram’s death. Kesar uses alienation of the elderly in a similar story, HATTI (‘The Shop’). Ram Lal, an ageing grocer, grows increasingly despondent as he feels his shop no longer brings him profit enough for him to maintain the life-style he and his family are accustomed to. His sons Jagdeep and Hitesh are too busy in their own lives to take note of his bleak mood and wife Kamla, under the mistaken impression that age has rendered him close-fisted, also gives him cold shoulder. Feeling sequestered and irrelevant, he ends his life in his shop, leaving everyone shocked as to what made him take such an extreme step. KHATAA (‘The Blunder’) is yet another powerful story about the ironic disconnect between the elderly and their very own. Saroj, a widowed mother, is robbed of all that she has by her only NRI son, Navin. Playing an elaborate charade on the guileless woman, Navin pretends to take Saroj along with him to Canada; only to desert her stealthily inside the airport. The feckless mother is left to die in front of her own house that her heartless son has sold out.
CHHANJRARA (‘Remarriage’), the longest story in the collection, is a bold attempt on the part of the author to portray a woman who is compelled by her circumstances to marry three times. KHINJ (‘Irritation’) brings to the fore the common enough bickering between a financially constrained husband and his spend-thrift wife. One cannot miss the irony of the plot. While the multiplicity of invitations the couple gets for ‘mundans’ and marriages should make them happy, it only creates friction between them because of the cash that they have to dole out on every such occasion by way of ‘shagun’.
KHICHCH (‘Attraction’) and PRAHCHIT (‘Repentance’) are stories of how some people get drawn towards strangers, often with fatal consequences. Ram of KHICHCH, a young office-worker, gets fascinated by the looks of a girl, Chenchalo, who happens to travel by the same Matador as him. In PRAHCHIT, the innocent Narender has to pay with his life for his attraction towards Niti, as in her he sees the image of his dead sister. KHASLAT (‘Knavery’) is a story showing the ill consequences that befall a family which, out of humanitarian considerations, adopts a girl child from streets. TAJARBA (‘Experience’) dwells on office politics.
A swollen-headed bureaucrat wrongly promotes a junior clerk overlooking the seniority of a seasoned office worker, of course with the obvious aftermath.
Kesar, a sensitive writer that he is, cannot remain untouched by the canker of violence in the state. LACHAARGI (‘Helplessness’) is a grim narration of helpless Sakeena, who first loses her husband and then her handicapped son as well, to militancy.
Kesar writes more of what goes inside the mind than of what lies out in the world at large. For him the external circumstances act only as so many torch-lights to light up the dark caverns of the psyche of his characters. This tendency of his occasionally demands inordinate suspension of disbelief. Take for instance, the short story KHATAA.
It will fall flat if a reader asks how Navin could take his mother inside the airport premises without a valid ticket in her name. The author, perhaps in a rush of emotions, let go of this crucial detail.
That said, only a person of deep feelings could have come out with a book such as DOSH.