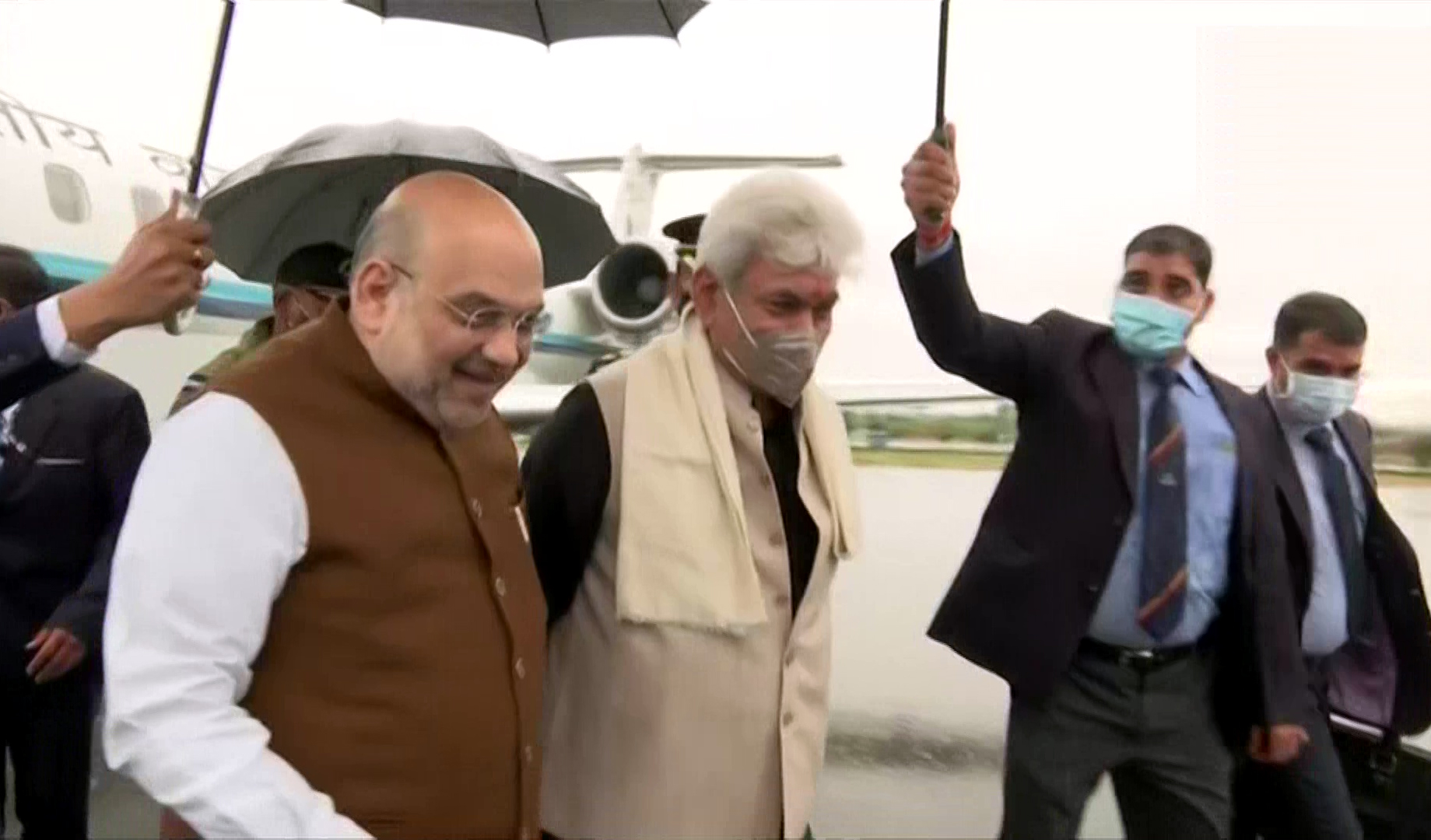 SRINAGAR, Oct 23: Union Home Minister Amit Shah on Saturday arrived here on a three-day visit to Jammu and Kashmir, his first since the revocation of Article 370, during which he will review the security situation in the valley.
Shah was received at the Srinagar airport by Lieutenant Governor Manoj Sinha where other senior officials of the Jammu and Kashmir administration were also present, officials said.
The Home Minister is scheduled to chair a high-level security review meeting later in the day and also flag off the inaugural Srinagar-Sharjah flight.
He is also likely to interact with members of a youth club here.
This is Shah’s first visit to Kashmir after abrogation of Article 370 and bifurcation of Jammu and Kashmir state into two Union Territories on August 5, 2019.
Security was beefed up across Kashmir ahead of Shah’s visit to the valley. Additional deployment of security forces has been made across the valley, the officials said.
They said the security apparatus has been beefed up, especially in the city here.
Official sources said 50 companies of additional paramilitary forces are being inducted into the valley in the wake of the recent spate of civilian killings.
Bunkers manned by CRPF forces have come up in several areas of the city as well in other parts of the Kashmir valley, the officials said.