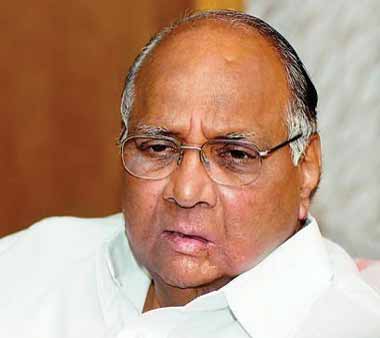 KOLHAPUR, Jan 13: Amending the Constitution to increase the reservation limit is “harmful” to its basic principles according to experts, NCP chief Sharad Pawar said Sunday, days after Parliament cleared a bill to provide 10 per cent quota to economically backward sections among the general category.
He said last-minute decisions by the Narendra Modi government with an eye on polls will not be helpful in swaying the mood of the electorates.
Pawar further said political films like ‘The Accidental Prime Minister’, based on former PM Manmohan Singh, and ‘Thackeray’, a biopic on Shiv Sena founder Bal Thackeray, won’t have an impact on voters.
“According to the opinion of experts, amendment in Articles 15 and 16 of the Constitution to allow reservations above 50 per cent will be harmful to the basic principles of the Constitution,” Pawar said here, replying to queries on the Centre’s move to grant reservation to poor among the general category.
“The Supreme Court cleared its stand on the policy of reservations more than two times. The SC decisions state that reservations cannot be above the limit of fifty per cent,” he added.
Speaking about films based on political personalities, Pawar said, “People will not change their opinions after seeing these films. I don’t think these films will play any crucial role in the coming elections. People will vote on the basis of their experiences.”
He claimed the Centre planned to have an extended Budget session of Parliament in order to pass some more bills with an eye on forthcoming general polls. (PTI)
“The Modi Government is trying to take some decisions in a hurry after sensing the mood of people. But people are well aware about such decisions taken after four-and-half years. People will see these decisions as jumlas (poll rhetoric),” he claimed. (PTI)