SRINAGAR, July 5: BJP Kashmir unit has urged the district administration to allow shopkeepers and traders to operate for five days along with proper SOP’s in place instead of existing three-days shifting schedule in a week.
Party’s Media-In-charge and senior leader Manzoor Bhat stated that working in shift schedule announced by administration have risked lives of both shopkeepers and common people miserable as a huge rush is being witnessed each passing day.
“Administration should extend the working schedule to five days during a week along with Standard Operation Procedure’s (SOP)s in a place,” he said.
Bhat said party’s grievance cell has received hundreds of distressed calls from people stating that shopkeepers and traders are operating only for three days.
“When there are only few shops operating in the city, the rush of people has also increased during these specific days. If the same would be allowed for five days, there would be less rush as compared to shifting schedule days,” he said.
Bhat said the administration has failed as cases are increasing each day. Closing businesses for four days is injustice with the shopkeepers and traders who have already suffered heavy losses from past 11 months, he said.
“We were witnessing a heavy rush of people each day but most of the shops are closed. If these shopkeepers and traders would be allowed to operate along with SOP’s in places for five days, it will be a positive step,” Bhat said. 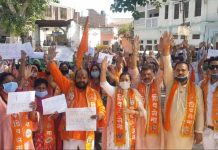 Man dies due to electrocution 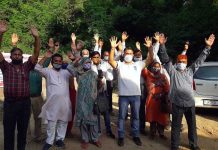