*Prepones timelines of several augmentation projects
Excelsior Correspondent
SRINAGAR, July 17: In order to monitor the advance preparations made by the Power Development Department in view of the winter season, Lieutenant Governor, Manoj Sinha today chaired a meeting to review the action plan of PDD for winter preparedness.
Power infrastructure must be ready for extreme weather conditions, besides proactive measures need to be taken on the ground to meet the winter power demand. All gaps in power transmission and distribution must be filled by October, the Lt Governor directed the officers.
He preponed the timelines of several power augmentation projects to October this year and further directed for making all procurements before the arrival of the winter season.
Take experiences of the previous years along. Prioritize high load areas and keep topography into consideration while formulating the multipronged strategies to ensure the uninterrupted power supply to the people during winters. Plan ahead for power supply in Snowbound, remote and inaccessible areas of both the divisions of the UT, the Lt Governor told the officers.
Laying special emphasis on meeting the needs of the people, he directed the Power Department to augment the transmission and distribution capacities in order to fill the Power Supply and Demand gap.
Instructions were also passed to submit a comprehensive plan for reaching out to the habitations with grid electricity who are living in tough terrain areas like Gurez, Machil, and Tulail.
The Lt Governor directed the officers to work in convergence mode for the speedy completion of projects. Technical evaluation and administrative approvals shall not be delayed. Committed timelines & targets must be met in letter and spirit for the larger interest of the public, added the Lt Governor.
He asked the power officials to come out with a strategy in a week’s time on how to reduce the power purchase costs.
Along with improving power supply position in J&K and reducing the AT&C losses, we also need to mobilize our resources on increasing revenue generation. Consumers paying bills should not be deprived of electricity, said the Lt Governor.
The Lt Governor fixed 03 months timeline to reduce the losses by 10%. Reiterating the directions passed in the previous meeting, the Lt Governor called for effective monitoring of feeders and instructed for initiating strict action against officials responsible for feeder losses. Specific directions were passed to strengthen the public grievance mechanism in the power department.
The projects directed to be completed by October this year included Augmentation of – Grid Station Mirbazar from 320 MVA to 475 MVA; 220/132kV Grid Station Delina from 320 MVA to 480 MVA; replacement of existing 0.2 ACSR by HTLS Conductor of D/C 132 kV Delina-Amargarh Transmission line; construction of  100 MVA, 132/33 kV Grid Station Khanyar (GIS) and construction of 160 MVA, 220/33kV Grid Sub Station Batpora, Tailbal (GIS).
The meeting was informed that the 220 kV Transmission Network Ring of JKPTCL Kashmir will be ready soon.
Baseer Ahmed Khan, Advisor to the Lt Governor; Dr. Arun Kumar Mehta, Chief Secretary; Rohit Kansal, Principal Secretary, Power Development Department; Nitishwar Kumar, Principal Secretary to Lt Governor; Dr RP Singh, Chairman JKPCL; Sh. Jagmohan Sharma, Chairman JPDCL and other senior officers attended the meeting, in person and through virtual mode. 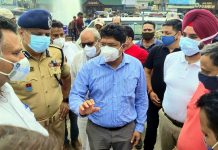 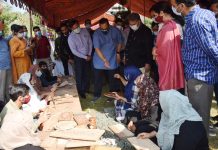 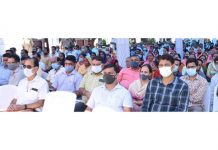 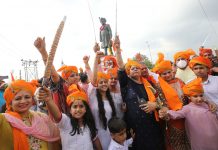 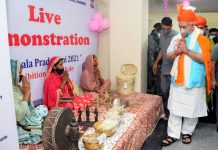 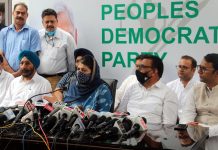 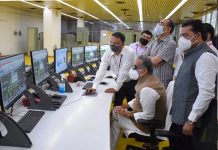 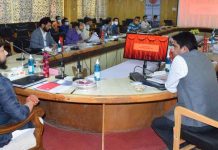 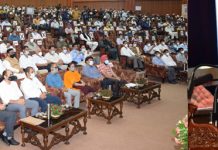 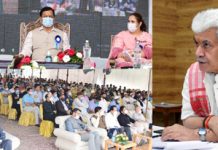 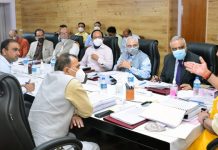 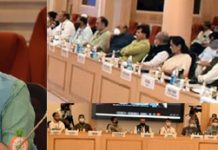